Followers of the MadGang's holiday adventures over the last couple of years are not going to believe this but today, not only did it not rain, but the sun shone. In fact, it was so bloomin' hot that big walkies was definitely out of the question. So we visited Harlech Beach, which is not far from our caravan site and which has a large stretch of flat, rock-free sand on which dogs are actually allowed to run free. So Delphi and Quiz ran free and here are the photos. 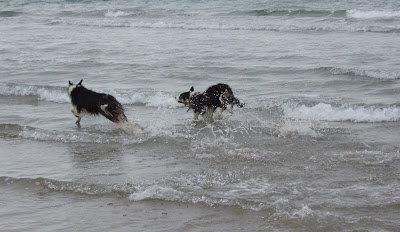 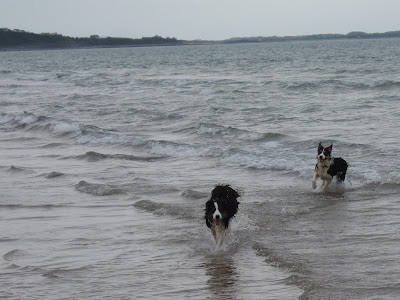 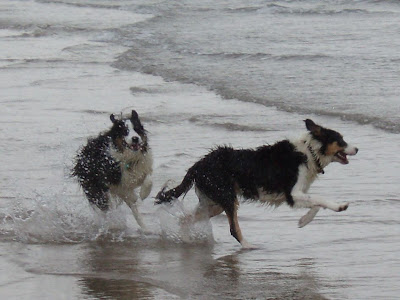 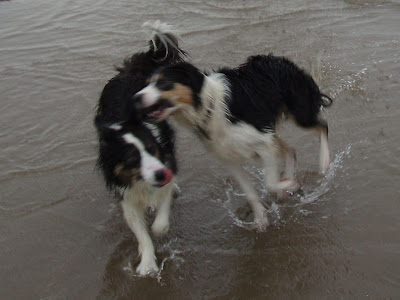 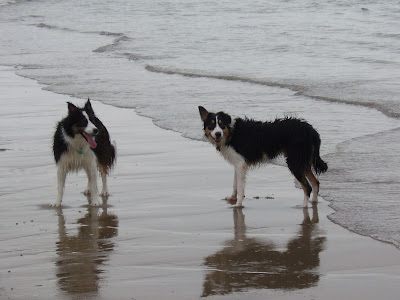 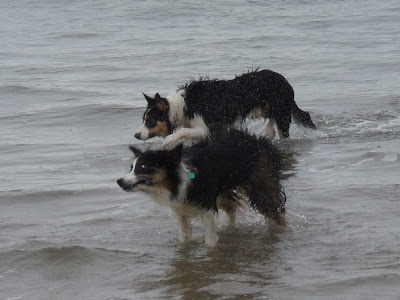 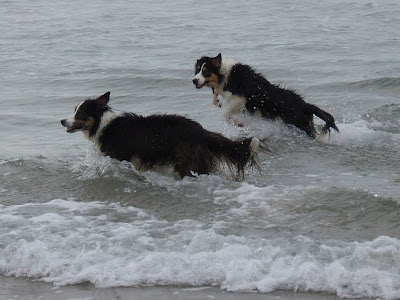 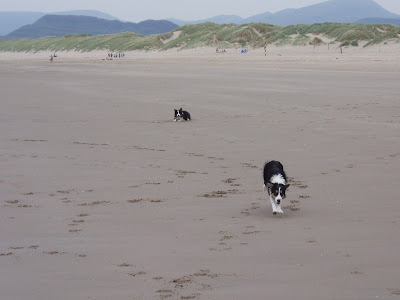 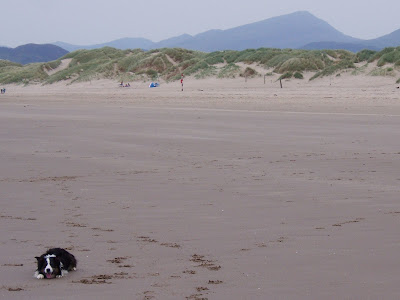 I like Harlech a lot. It's a civilised place. For a world heritage site it is very quiet. Even the groups of school children who are brought here to study the geography or history of the area seem to succumb to the calming effect of the village as soon as they get off the coach. The lady at the Tourist Information Centre was really polite and helpful (unlike some of her colleagues we have met with over the last few days). The young lady in the Post Office was equally pleasant. The fish and chips are okay and there's a Chinese takeaway. There is a village dog and two village cats. The local pottery is ridiculously cheap and we may well return there later in our holiday to buy a souvenir if we have any money left.

As usual, the MadGang are holidaying on faith and so the Reverend and Mrs MadPriest's Silver Wedding Anniversary (and MadPriest's Birthday) Appeal is still very much ongoing and will remain so until the evening of the wedding anniversary, June the twenty fifth. Here's the blurb.

The twentieth of June is my birthday. Five days later, and far more important, it will be the Silver Wedding Anniversary of Mrs MP and myself. Earlier this year, Mrs MP celebrated a significant birthday. To celebrate this conjunction of auspicious occasions the MadGang hopes to travel to Snowdonia in North Wales, a place they have never been to together. We will, of course, be blogging our adventures in this foreign land - hopefully it will not rain every single day.

To keep costs low we will be in our caravan and spending our time rambling. I have been up Mount Snowdon on the funicular railway, many, many years ago but on this visit I hope to climb it along with Mrs MP and the two dogs. However, as always we could do with some extra cash.

With every previous birthday appeal I have asked you for money towards the running of my blog and online ministry. This time, because of its specialness, I am asking you to consider sending in a donation for us to squander on enjoying ourselves in the Welsh mountains and on the nearby beaches. Of course, if we don't spend it all on Welsh beer and a slap up meal on our anniversary any remainder will go towards the maintenance of my online presence.

Here is the widget via which you can donate.
You do not need a PayPal account to do so.

I will keep you fully informed of how the appeal is going.