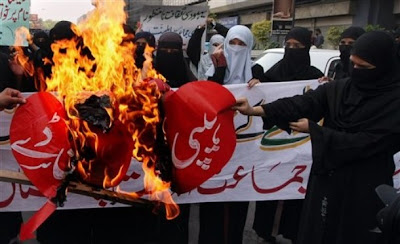 From THE MALAYSIAN INSIDER:

“Create a feeling of anti-Valentine’s Day in your hearts and minds, start hatred of celebrating it,” Jakim’s sermon told Muslims nationwide. Jakim expressed its worry that Muslims celebrating the day will go dancing and organise candlelight dinners, which will then lead to “kissing in gardens” and pre-marital sex to prove their romantic loyalty.

Now, you see the mistake these silly clerics are making here is a common one. They are confusing what men hope will happen with what really happens. They are, I can tell you from experience, two completely different things. 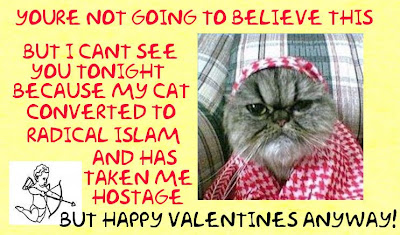