The Catholic Church owns a number of luxurious London properties as part of a property empire originally funded by fascist dictator Mussolini. The Vatican has used an offshore company structure to build up its portfolio of expensive properties now worth around £560 million.

Investment in international property was initiated by the church when Mussolini afforded it a huge windfall in 1929 in return for papal recognition of his fascist regime. Included in the Church's London-based portfolio is 30 St. James's Square, which was purchased for £15 million in 2006 and houses investment bank Altium Capitol, and the premises of upmarket jewellers Bulgari in New Bond Street. 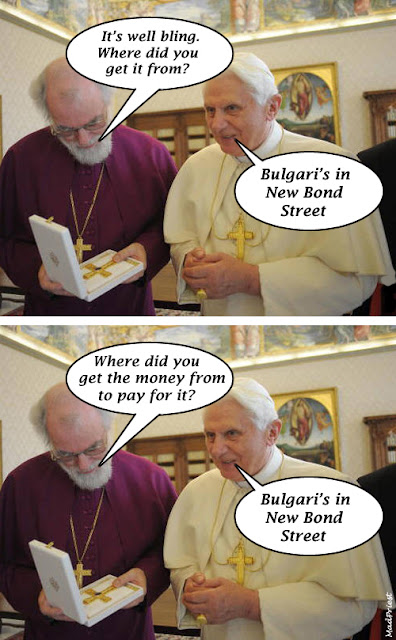