The Archbishop of Canterbury has appealed for an end to damaging stereotypes of older people, which he says have created a climate in which they suffer abuse. In his final speech in the UK House of Lords, Dr Rowan Williams said attitudes of "contempt and exasperation" towards the ageing population were contributing to a range of abuse, from patronising and impatient behaviour to physical mistreatment. He referred to estimates that a quarter of the older population experience elder abuse in some form and called for the British government to appoint a national Older People's Commissioner.

I thought he'd already got a job to go to. Perhaps he's forgotten. 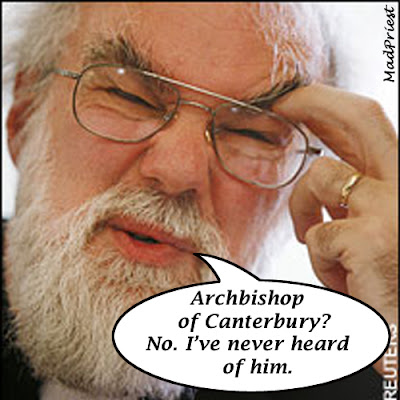