For the first time, a game had to abandoned in the West Midlands Christian League after a penalty spot row between teams, Zion Athletic and Common Ground United. Troubled flared in the 47th minute of the game after a Common Ground player was sent off for 'serious foul play.' When Zion, who were leading 5-1, were then awarded a 60th minute penalty, fighting broke out. A Zion player is alleged to have smiled and 'made a remark' about the penalty decision before being struck by his Common Ground opponent. Five Common Ground players were understood to have been booked for 'violent conduct' charges while one Zion player also accused of 'improper conduct'. 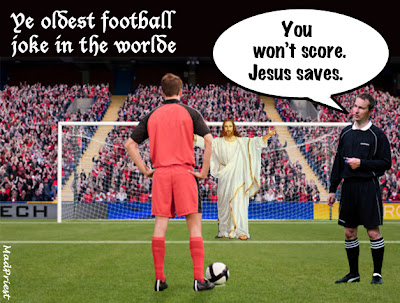