↓
Home Menu ↓
Skip to primary content
Skip to secondary content
New revelations about the failure of the Catholic primate of all-Ireland to protect children from abuse have been uncovered by the BBC's "This World" show. It found Cardinal Sean Brady had the names and addresses of those being abused by paedophile priest Brendan Smyth, but did not ensure their safety. In 1975, Cardinal Brady was a priest and teacher in County Cavan in the Republic of Ireland, when he was sent by his bishop to investigate a claim of child sexual abuse by a fellow priest.

Sean Brady's role in the affair became clear in 2010, when it became known that he had been present when the abused boy was questioned. He claimed, however, that the boy's father had accompanied him, and described his own role as that of a note-taker. However, the BBC This World investigation has uncovered the notes Cardinal Brady took while the boy was questioned. The child's father was not allowed in the room, and the child was immediately sworn to secrecy.

What Cardinal Brady failed to tell anyone in 2010 was that Brendan Boland had also given him and his colleagues the precise details of a group of children, some of whom, were being abused by Smyth. Cardinal Brady did interview one of them and swore him to secrecy. This World spoke to all of the children who Brendan Boland had identified; they all told the programme that to the best of their knowledge none of their parents or families were warned in any way about the paedophile.

Abuse victims' campaigner Marie Collins, who was raped at the age of 13 by a hospital chaplain in Dublin, said Cardinal Brady should resign.

"I'm amazed no bishops have come out and said he should go," she said.
"We have priests and theologians being silenced by the Vatican - they can act against people whose views they feel are liberal, but they will not act against someone who not only endangered children but let them be abused. If Cardinal Brady came out and espoused the view that women should be ordained, he'd be gone within hours." 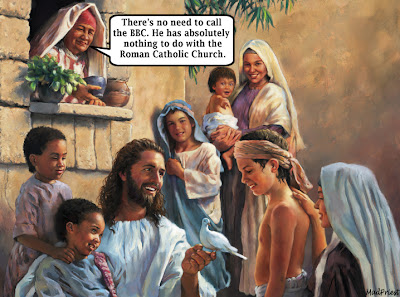