Those are the only words Fr. Marcel Guarnizo of St. John Neumann Catholic Church in Gaithersburg, Md., needed to hear. Those are the only words he used to inform his conscience, to base his decision to deny Communion to a grieving woman at her mother's funeral.
By now, the story has been widely reported. Barbara Johnson, a Washington, D.C.-area Catholic, had come to St. John Neumann's on Saturday for the funeral Mass. After learning that morning that Johnson lived with her female partner of 20 years, Guarnizo put his hands over the communion platter and did not let Johnson partake.

But, in a compelling phone interview Wednesday, Johnson said the denial was just the climax of a series of unfortunate and uncompassionate events surrounding her mother's funeral.

When her mother died last week, Johnson said she worked hard to honor her death the same way she did her life. "It was my mother's funeral, not my funeral. We did the exact funeral that my mother wished, at the exact place," she said.

Johnson said she and her family met with St. John Neumann's music director, who assured them they would be able to deliver two eulogies. However, in a brief meeting with Guarnizo before the Mass, Johnson said the priest said there could only be one eulogy -- that "this is how it is done all the time."

Johnson said her brother responded: "Well, we don't bury our mother all the time."

In that meeting, Johnson said Guarnizo never offered his condolences for her mother's passing.

Johnson said during the Mass, Guarnizo -- without having spoken again to her in private -- denied her Communion, saying, "I can't give you Communion because you live with a woman, and in the eyes of the church, that is a sin."

In shock and dismay, Johnson's friends and family did not take Communion.

Guarnizo said he was ill and left during the eulogy, Johnson said. He did not accompany the family to the burial site. According to Johnson, he made no effort to find a replacement, so the responsibility fell to the funeral home director, who called on Fr. Peter Sweeney of Silver Spring, Md., to join the family at the cemetery.

Sweeney's demeanor was a stark contrast to that of Guarnizo, Johnson said.

"He was an angel, a balm on our hearts," she said. "He was everything I knew the Catholic church to be." 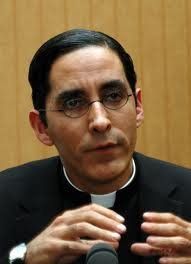 COMMENT: Oh, for goodness sake, I realise it will take a long time for the high church queens to get over their jealousy of women in general but you would have thought by now they would have found some common ground with lesbians.

I wonder if Guarnizo would have refused communion to a gay man into S&M.

BIOGRAPHICAL NOTE: Marcel Guarnizo is an outspoken champion of reactionary politics and regularly flies to Europe to speak at right wing gatherings. For a full understanding of his anti-socialist ideology check out THIS SITE.

Thanks to Whiteycat for this story. 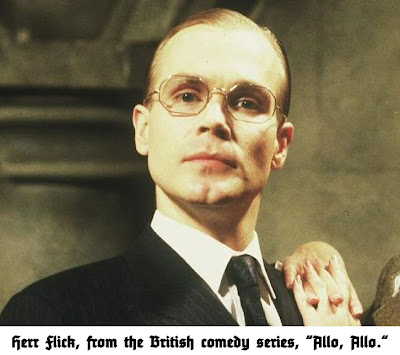 Al Fischer was planning on marrying his partner of nearly 20 years during a quiet ceremony in New York. Charlie Robin says the couple is not interested in making a political statement. They were marrying to show each other their commitment. What they did not expect to happen was Fischer losing his job. He was a music teacher for St. Ann Catholic School. Robin says his partner lost his job after sharing news about the marriage with other workers.

Robin admits the firing is legal but is still frustrated.

‘It`s as if we can have our own relationship as long as we don`t talk about,’ said Robin.

The following is Al's letter to the parents of his students after he found out that he was to be dismissed:

I know you have all heard about my joyful news, and my sad news. The joyful news is that after 20 years together, my partner Charlie and I are getting officially married in New York City… and seeing a Broadway show! The sad news is that I can’t be your music teacher anymore. I know many of you are chomping at the bit to do something, to make some sort of difference in this, and are looking for a way to do it. I have some concrete requests and suggestions. The first is that you read this email a time or two. I am being careful with every single word, and really want to get my point across.

Many of your kids have been working with “Top 20? lingo and paradigms. In the Top 20 world they talk about “tornadoes”. This is a self-feeding growing circle of rage that can happen when people get in the cycle of expressing anger to each other and dwelling in frustration, instead of expressing themselves to the people who can make a difference. I get the love and support behind your anger and this email circle that’s been spreading, and I invite you instead to take positive action by writing two people who may have some power to make a change in Catholic education policy in the future. Letters may be addressed to Mr. George Henry (Superintendent of Catholic Schools) and Msgr. John Unger (Deputy Superintendent for Catechesis and Evangelization). Their addresses are the same: 4445 Lindell Blvd., St. Louis, MO 63108.

Secondly, I ask that you don’t “go public” or “take it national”. I am in action crafting my response to this injustice, and I am going to be doing it through my work and position as Artistic Director of the Gateway Men’s Chorus, St. Louis’ gay men’s chorus. (Our next concert is March 31! Tickets and info at gmcstl.org!) I have a team of pros taking a look at this issue and crafting how we can best shine a light on this and work to make a difference. I ask that you let me make the choice of how and when I respond to this, rather than lashing out to the media and taking that choice from me.

I think the word has been well spread that this is not the fault of St. Ann School or it’s leadership, and I want to emphasize that I get that too. Both Mary Jo and Fr. Bill are still there for me in a big way. I ask that you help them keep their focus on the things that are important: the business of running a school, supporting your kids, and (sadly) finding a music teacher. Please let the reputation of your school remain strong. Please watch what you say to outsiders and in public, which is exactly what I wish I had done a touch more of.

Another thing that I think could make a huge difference is for you to talk to your children about what happened. Social justice is an area of vital importance to the Catholic Church, and they do great work in this area. A family conversation about whether or not justice was served here could be a great thing. I do not want the lesson from this for the kids to be, “Keep your mouth shut, hide who you are or what you think if it will get you in trouble”. In a just world, uncomfortable truths need to be stated. Unpopular stands need to be taken. Just look at Martin Luther King. Just look at Jesus.

I think the thing I am most sad about is that I didn’t get to say goodbye to your kids. Please tell your children that I love them and will miss them. Please tell them to sing out in Mass. Please tell them that this Friday no one can talk during GO CRUSADERS. I wrote that song, and I wrote it for them. I want them to be proud of who they are and where they are: a loving community and a great school.

And a few more random requests:

Give your new music teacher a chance. They just want to do a good job. Ask your kids to make them a welcome card on his or her first day. First days are scary. Just because they do it differently from me, it doesn’t mean it’s worse.

If you hear of any work for a musician or music teacher, let me know.

I do not intend to be a stranger.

Peace and much love, 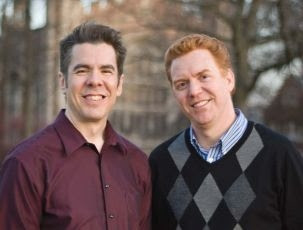 And finally, as I think it puts all this bullshit into a proper perspective, here is a comment that our good friend, Dennis, left beneath a post at OCICBW... recently. He is referring to the idea that gay people should be happy to accept civil partnership but not marriage.

Now that we are so close to getting marriage equality I am having real problems with the proposal that we get rid of the institution.

It smacks of the segregationists in the American south in the 1960s who closed schools rather than let black children attend. Marriage matters desperately to some of us. Those (especially those who are straight) who call for the institution to now be scrapped seem to be on the side of those who would do anything to keep us out.

Just stop it, in other words. Marriage is an important part of society, and we have fought for too long and too hard to get the right to have recognition of our relationships. You don't get to abolish the institution just because we are almost there.

In December my partner and I passed our ten year mark together. We have weathered financial crises, health crises, the hell of graduate programs, a mortgage and the challenge of selling a house at the height of the housing collapse. We have survived through more than most straight marriages that I know of. At this point I have had it with the f*cking libertarian ploy to keep us out of marriage equality.

You are going to have to put up with us getting marriage equality.