On page 177 of the President’s annual report to Congress on the state of the economy, there is mention of the “Great Gatsby Curve.” F. Scott Fitzgerald’s novel, which so masterfully paints a picture of bourgeois vanity in 1920s America, has given its name to a graph on which data measuring the degree of income inequality is charted on the horizontal axis, and the link between a father’s income and that of his descendants – a barometer of social mobility – on the vertical. 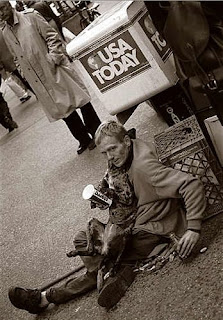 What does this curve tell us? No matter what the frame of reference of the person examining it, its bottom line is unambiguous: the United States – not supposedly fusty Europe -- rates lowest in terms of this relationship in the distribution of riches and social mobility. Yes, Paris Hilton’s America ranks way below the Scandinavian countries, but also below France, New Zealand, Japan, the United Kingdom, and others.

If an American is tenacious enough, shouldn’t he or she be able some day to make it to the top of the heap? "No pain, no gain," as they say. But the Great Gatsby Curve says No. So much so that in the United States, as elsewhere, “having talent” may just be another way of saying "having inherited money."