This week the new Bishop of Durham Justin Welby is touring the region before his enthronement on Saturday.

For many the Church of England has been out of touch with the ordinary man or woman. The Tory Party at prayer, it has been scornfully labelled. Strangely enough, an Old Etonian, who spent 11 years in the oil industry, eventually becoming group treasurer of Enterprise Oil PLC, may be about to change all that, with the aid of 21st Century social networks. He is inviting the region to have their say on what they want for their communities via social networking websites. As well as giving people an easy way to communicate, people are also being invited to send in prayers.

He said, “We see social networking as important because it’s a whole new way of attracting people to the word of God.”

COMMENT: I notice he's still posh enough to use the "royal we." We'll have to wait and see if he will turn out to be a bishop prepared to utilise new technologies in radical, open and imaginative ways or if he is just out to make them an extension of a boring, conformist, privileged, judgemental and frightened church. 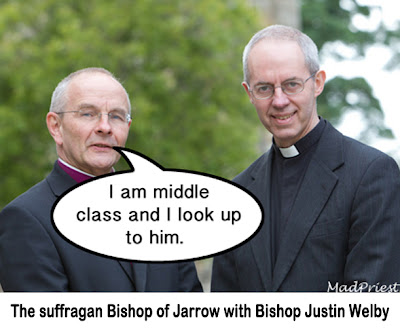