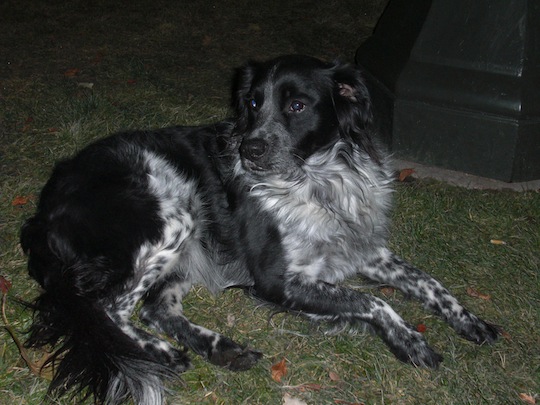 At three and a half years old, Shelby is too young to vote but not to be voted for. Last night, she almost ruined her greatest accomplishment to date when, during announcements at Occupy Denver's 7 p.m. general assembly, she ran into the center of the circle for attention. It would be a short wait until, with a landslide vote, she would earn it. In about five minutes flat, the young Border Collie/cattle-dog mix was elected the occupation's official leader.

The decision, one that earned more than the required majority, is both laughable and pointed. Even in a leaderless movement, the fact that many corporations have power over the rights of their human employees has inspired the group to symbolically strike back. Shelby is a leader among men and a four-pawed iconoclast.

Thanks to Paul(A), the soppy old bugger,
for sending this story to me.