From THE CHRISTIAN INSTITUTE: 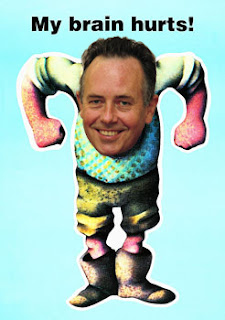 Marriage is an honourable institution and Church of England clergy should do all they can to protect it from redefinition, the chairman of Reform has warned.

Writing in the Church of England newspaper (which, as I pointed out the other day is not a Church of England newspaper) he said same sex marriage “would undermine the stability of society. If the present Government can alter its definition, then how do we know it might not change again in the future? It becomes something that is malleable rather than being rock solid. If marriage becomes primarily about loving commitment, then, as important as this is, the significance of marriage as a union – a permanent bond – between two people who were made to be physically compatible, is eroded. This union is demonstrated when children are born – the single result of a union of two people of the opposite sex. This doesn’t happen for every marriage – but the fact that it is the best context for nurturing children demonstrates the essential goodness of heterosexual marriage. It is an attempt to redefine marriage so that the link with child-bearing and child-rearing is broken and so that any idea that marriage is a gift from God is demolished.”

Actually, this whole thing about marriage and having children being the natural way of things is poppycock. If having children was our natural inclination God wouldn't have had to make orgasm such a pleasant experience.