I am so happy! Tonight I found out who the family is that will host me for five days in Vologda, Russia--a young couple with boys who are 3 and 6 years old. I'd been worrying about who would have me, and instead I am thrilled to be with this family where the parents are about the ages of my oldest son and his wife. I am so excited about being with those two little boys and their parents!

Posted by Mark at ENOUGH ABOUT ME: AN AUTOBIOGRAPHY: 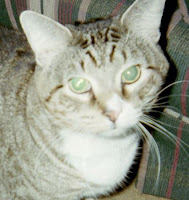 Yesterday, I held a small memorial, funeral for Miutu. I made him a memorial marker, and, since there was no body for me to bury, I wrapped his food dish in a black cloth and buried it. It was a lovely day, and I placed the "grave" in the shade of the crepe myrtles which bloom so beautifully in spring.

Uganda’s Anti-Homosexuality bill was reintroduced to parliament yesterday. The bill includes the death penalty for some offenses, provides for Ugandans fleeing the country to be extradited, requires that all people in Uganda report homosexuals and would ban advocacy by anyone for LGBT human rights.

A Tibetan Buddhist monk doused himself in fuel and set himself ablaze in far western China on Tuesday, the tenth ethnic Tibetan this year to resort to the extreme form of protest.

Political censorship in this authoritarian state has long been heavy-handed. But for years, the Communist Party has tolerated a creeping liberalization in popular culture, tacitly allowing everything from popular knockoffs of “American Idol”-style talent shows to freewheeling microblogs that let media groups prosper and let people blow off steam.

Now, the party appears to be saying “enough.” Whether spooked by popular uprisings worldwide, a coming leadership transition at home or their own citizens’ increasingly provocative tastes, Communist leaders are proposing new limits on media and Internet freedoms that include some of the most restrictive measures in years.

The most striking instance occurred Tuesday, when the State Administration of Radio, Film and Television ordered 34 major regional television stations to limit themselves to no more than two 90-minute entertainment shows each per week, and collectively 10 nationwide. They are also being ordered to broadcast two hours of state-approved news every evening and to disregard audience ratings in their programming decisions.

Thousands of residents are rushing to leave the Thai capital Bangkok, which is braced for potentially severe flooding over the weekend. People in several northern districts of the capital, some of which are now 90% submerged by rising water, have been told they should evacuate immediately.

More than 360 people have died in Thailand's worst flooding in decades.

Flailing through mounds of sludge left by torrential rains, rescue workers cleared debris and hunted for survivors in Tuscany and Liguria on Wednesday after mudslides and flooding left at least six people dead and hundreds homeless in those areas, among the most picturesque in Italy. 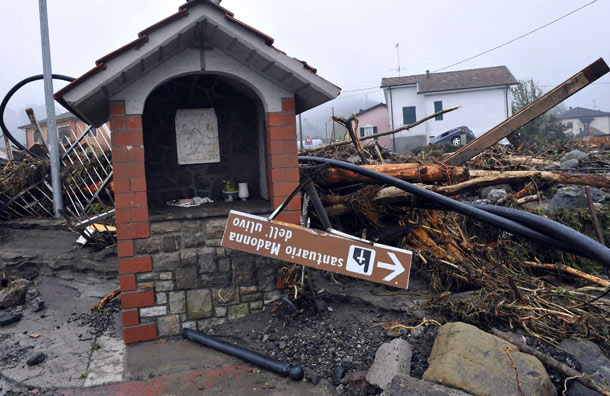