Spanish authorities are investigating the recent deaths by poisoning of more than a dozen dogs in Lérida, a city in the northeastern region of Catalonia. Local residents say Muslim immigrants killed the dogs because according to Islamic teaching dogs are "unclean" animals. Over the past several months, residents taking their dogs for walks have been harassed by Muslim immigrants opposed to seeing the animals in public. Muslims have also launched a number of anti-dog campaigns on Islamic websites and blogs based in Spain. In July, two Islamic groups based in Lérida asked city officials to regulate the presence of dogs in public spaces so they do not "offend Muslims." Muslims in Lérida say the presence of dogs violates their religious freedom and their right to live according to Islamic principles.

In response to the "lack of sufficient police to protect the neighbourhood," 50 local residents have established alternating six-person citizen patrols to escort people walking their dogs.

COMMENT: Burning down churches, blowing each other up, killing dogs. There comes a point when, no matter how liberal and inclusive you regard yourself, you have to accept that some things are simply a bad idea. Quite honestly, at this moment in time, Islam is one of them. 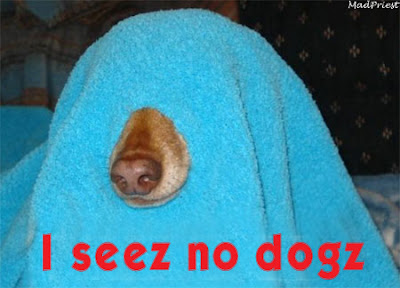