Posted by it's margaret at
LEAVE IT LAY WHERE JESUS FLANG IT:

Got really good news from Joel's doctor yesterday - his broke-back will mend, and he can move around without fear. Blessings abound!

Happy Birthday to my Facebook friends, Sandra and Alan. 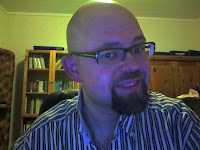 In Porvoo, chaplains have been living in Kaplansgården (Chaplain's House) since 1763. Four years ago, I became the latest in the series. Little did I suspect that I would also be the last. The parishes of Porvoo have decided to break this tradition just before it would celebrate its quarter millennium in 2013. Last week, we recieved our eviction notice and have to move out before the end of March, 2012. This is, of course, sad news on a personal level. Where will we move? Should we buy a house or go on renting? How about the children's school? There are many questions and problems to be considered. The way the eviction was handled also shows little regard for the human side of the story. I knew that the decision was coming on October 5, but last week the leading bureaucrats all of a sudden were in a great hurry to present the eviction notice. Since we have a legal six month period of grace starting from the end of the calendar month in which the notice is presented, they wanted it done in September rather that October, so we'd be out in March rather than April. This in spite of the fact that the decision itself hadn't been made yet. I think this is very poor personnel management, and am now thinking seriously about whether or not I can remain in the employ of such a "firm" or whether I should start looking elsewhere. One problem there is my vociferous engagement for the rights of sexual minorities within the ELCF, which has made me persona non grata in many circles, and which might affect my job seeking negatively. We'll have to see how it goes.

Posted by UKViewer at JOURNEY OF DISCOVERY:

My sole remaining Uncle has just died, sadly, in a hospital after a fall, from which he suffered a broken hip, further complications weakened him so much he did not respond to treatment. I’m still in a little shock. While not unexpected, he had been unwell for the past couple of years and was waiting for transfer from hospital to a care home, something he was unhappy about, as he only wanted to be allowed to go home to die. He had been a vibrant, fully alive and with all his faculties until very recently, when Dementia had reduced his ability to communicate.

I was incredibly proud of him, he was a true hero, in the quiet, unassuming way that he described his experiences of fighting with his Battalion in the Alamein campaigns. Being taken prisoner, his transportation to Italy and escaping by jumping of a moving train taking him to a POW camp. He ended up fighting with the Italian Partisans for nearly a year before recapture. He suffered ill-treatment at the hands of his captors, before being taken to be held in a POW camp in Poland. He endured the long march of prisoners forced to march back into Germany in the face of Russian advances until liberated by the Americans. He continued in the Army (he was a Regular), but remained haunted by the over 800 casualties from his Battalion, during WW2. He spoke about them with sadness and seemed to miss so many of them.

At least 24 people have been killed and more than 200 injured in the centre of Cairo after a protest over an attack on a church erupted into the worst violence since the 18-day uprising that ousted Hosni Mubarak as president of Egypt in February. Trouble began when a demonstration against the attack in southern Egypt was reportedly met by gunfire close to the state television building. Fighting spread to Tahrir Square and surrounding streets. Hospitals where the wounded were being treated also came under attack.

More than 250 Thais have died after two months of heavy rainfall which have inundated large swathes of the country and hit provinces on the northern outskirts of the capital particularly hard. Huge efforts are now under way to stop the waters from reaching low-lying Bangkok, home to 12 million people, prompting pleas from some residents north of the city for sluice gates be raised to release floodwater. As Thailand battles to keep its worst floods in decades from swamping Bangkok, anger is growing among residents upriver who say their homes are being sacrificed to keep the capital dry. 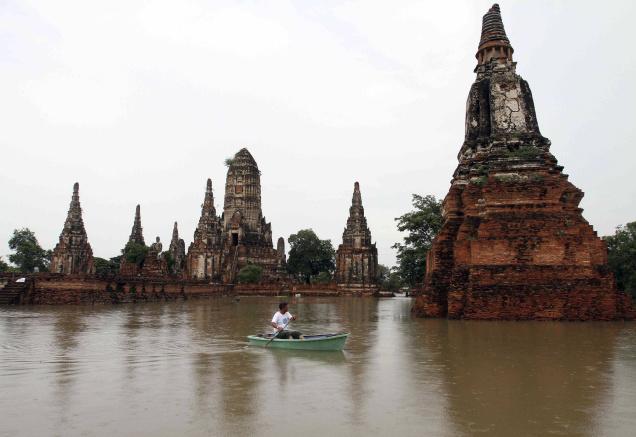