The BBC have announced that they will no longer allow the word "banker" or derivatives such as "bankas" to be broadcast on its networks unless spoken by an employee of a financial institution. A spokesman for the corporation stated that the word was "unacceptable" as it was now used only in an abusive manner although among tellers on the high street it was sometimes used in an ironic way as it was on many of the tracks on the 2011 hit album, "It Costs A Nation Billions To Bail Us Out," by monetarist rap posse, Lloyd Barclay and the Santanders. 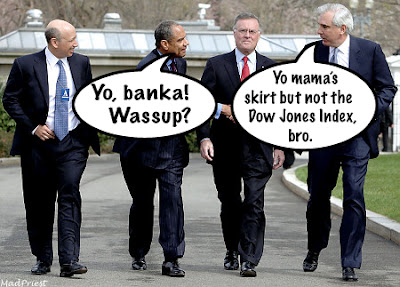