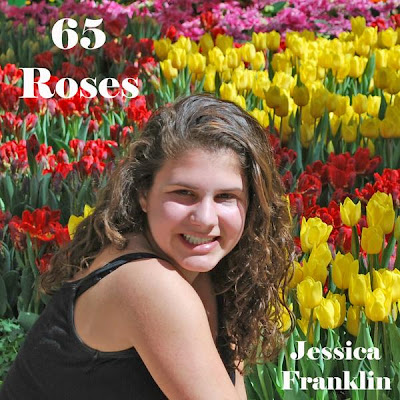 Oh dear. Jessica is obviously a sweet young thing. If only she had a friend who dared tell her the truth.

An easy 200 days off purgatory if you listen all the way through.

Hang on a second! Aren't they tulips?

From an Australian correspondent:

Just wanted to let you know that "65 roses" is local slang for the fatal childhood condition cystic fibrosis, from which the poor kid gasping this out suffers.

This was released as an (admittedly nigh-unlistenable) Oz fundraiser, and I believe gained attention because she’d just undergone a lung transplant which was hoped to extend her life by about 10 years or so. Hence nobody wanted to say the obvious “singing’s not your strong point”.

Well, at least I paid for it.