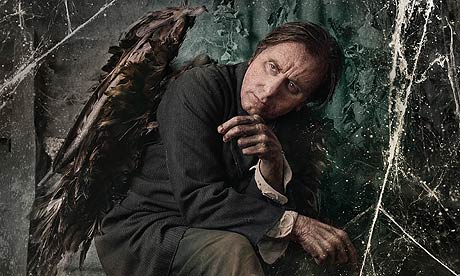 I watched the movie, "Skellig" the other day. It's an enjoyable film and the two, young, lead actors were very good in their roles. The young lad, in particular, is a definite star of the future. It's supposed to be a children's film but, like the book on which it is based, it holds an adult's attention throughout.

Now, I've never read the book, so I cannot comment on it. But I assume that the major themes in the film reflected those the author of the book, David Almond, wanted to emphasise. On the surface it appears that the primary statement of the film is the usual one our trendy writers are ramming down kids throats at the moment, that the gods are dead and evolution is all we need to explain the existence of everything. There are references to evolution throughout the script (the last lines spoken in the film for example) and the point is made early on that humans are wonderful because of the power of evolution. Darwin's theory is also used to explain the existence of the character, Skellig, who is "something like a human, something like a bird and (maybe) something like an angel." He's a scruffy human, bedraggled bird and reluctant angel when we meet him and the plot is the story of how the two children persuade Skellig to live authentically as the creature evolution has made him, which the children perceive as being an evolutionary stage beyond human.

Fair enough in respect of the human/bird mutation but after that I get confused. You see, Skellig has the ability of healing people simply by holding them, floating up two feet into the air and spinning around a few times. This is a miraculous act that no amount of messing about with genes and d.n.a. could make a scientific reality.

So what was the point that David Almond was trying to get across to his young audience? He is a former Roman Catholic and a writer capable of complex narratives and ambiguity. He is obviously a fan of William Blake's writings. Is he really saying that evolution and the miraculous can go hand in hand without the necessity for the divine? That would get him crossed off the "Look at me, I'm a famous person who doesn't believe in God" winterval party guest list (with your host, Stephen Fry). Or is he being far more creatively anarchic than that and attempting to put the transcendant back into the dreams of our children who have been bombarded with anti-theist propaganda for the last twenty years or so?

And why is the word, "Grace" so important in the film? 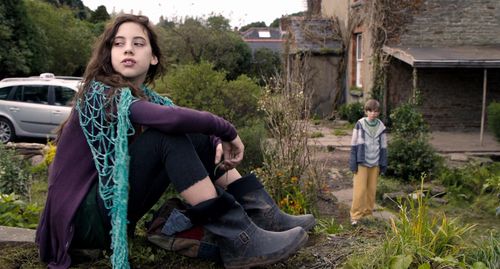