By analyzing data from the General Social Survey, sociologist Philip Schwadel of the University of Nebraska-Lincoln found that people tend to become more religious - by certain definitions - as they further their education. He found that with each additional year of education the likelihood of attending religious services increased 15 per cent. The likelihood of reading the Bible at least occasionally increased by 9 per cent with each additional year of education an individual received. The caveat is that when these individuals attend to religious services, they're less likely to take scripture literally.

Mr Schwadel said that: 'With more years of education, you aren’t relatively more likely to say, "I don’t believe in God," but you are relatively more likely to say, "I believe in a higher power. The more educated a person is in their faith, the more cosmopolitan they are in their religious outlook. They’re worldly in the very best sense of the term. They rub shoulders with people of different kinds of faiths every day and as a result they have different visions of what it means to express your faith in the public square. They’re more open-minded, but here’s the thing: They’re no less faithful.'

The results showed that the well educated were against curbing the voices of religious leaders on societal issues and supported those leaders' rights to influence people's votes. But they are opposed to what may be perceived as religion being forced on secular society.'

COMMENT: I would be interested in finding out if those educated to a high level in scientific subjects, who specialise early on, are included in this group or is it just those who have studied subjects, at an advanced level, that encourage philosophical and creative engagement who reach such conclusions about the possibility of a divine element involved in our existence. I'm with John Henry Newman on this one - unless a university education is "catholic" it is no education at all. It is just learning a particular skill by rote. You may end up clever but your ability to think will be reduced to the same level as someone trained simply for a factory production line. My guess is that if scientists were given more opportunity to study the arts at an advanced level there would not be such a distinct correlation between science and atheism. There would be instead more agnosticism and whatifism and that, in my opinion, would be a very good thing in deed. 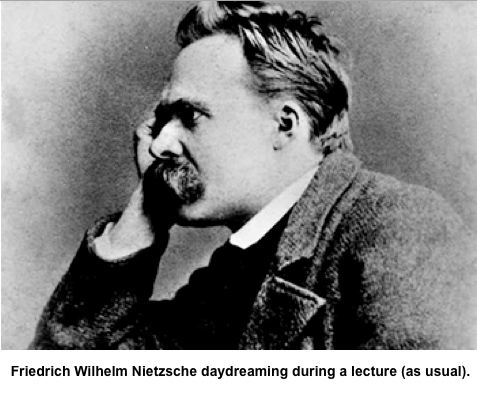