This has to be the most blatant example of hypocrisy since the pharisees started praying in public. How a man who wasn't even openly and democratically elected to his position of power in his own country and who insists on interfering in churches abroad where they had absolutely no say in his consecration can come out with a statement like this is beyond me.

Rowan Williams, the archbishop of Canterbury, has issued a broadside against the coalition government, claiming it is forcing through "radical policies for which no one voted".

The comment comes in an editorial he has written as guest editor of this week's New Statesman magazine. Williams says the "anxiety and anger" felt by voters is a result of the coalition's failure to expose its policies to "proper public argument".

He writes: "Government badly needs to hear just how much plain fear there is around such questions at present." 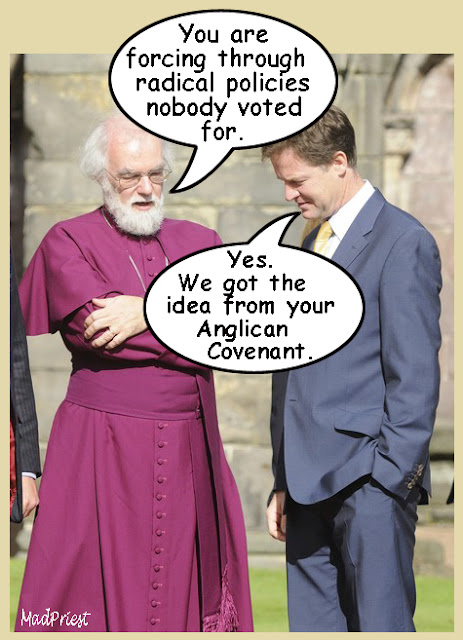