My daughter-in-law's aunt, Sharon is very, very ill. She broke her hip, so very often the begining of the end for the elderly. She is in liver failure with at best a marginal prognosis. Please pray for her that what is best for her comes painlessly and fearlessly to her.

Posted by Fran at THERE WILL BE BREAD:

When I was at Spring Enrichment this year, I saw a friend that I knew from previous SE experiences. She seemed a bit pre-occupied when I waved hello, but I did not think anything of it. After seeing her for a third time, she stopped and apologized for her distance. It turns out that she was more than pre-occupied; she was overwhelmed. Her daughter, Margie, had gotten married and moved to Georgia. Margie and her husband Tony had a son, Jayden. 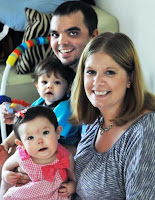 When Margie became pregnant again, it turned out that there were tremendous issues with the fetus who was baby Lexi.  20 weeks into the pregnancy the couple learned their unborn daughter had deformities. She was missing a bone in her arm, and doctors said she had no toes or fingers. Doctors predicted the fetus would not survive because her lungs were filled with fluid.

Lexi's health challenges proved to be great after being born and diagnosed with thrombocytopenia-absent radius syndrome. Tony and Margie felt that it would be best for them all to pull up stakes and return to the Capital District, which they did. Two weeks later Tony had a seizure and was found to have a stage 2 mixed mass in his brain.

Please pray with and for Margie and the Cottone family!

I am recovering from Glandular Fever (Mono) and the doctor says I will make a full recovery, but it is so slow and it is trying my patience. When I am alone I seem to be fully fit, and able to do things. As soon as other people are involved I get tired very quickly. It is as though some things are harder than others, and interacting at someone else’s pace is one of the hard things.

A church was among the targets of Islamic militants who killed five people in attacks in the north-eastern Nigerian city of Maiduguri on Tuesday. Two passers-by were killed when a bomb thrown at St Patrick’s church missed the target and landed back on the street where it detonated. Several bombs were set off at police stations in Gwange and Dandal before the attackers were locked into a gun battle with police. There were seven explosions in all across the city. The three gunmen were killed in the shootout with police. The attackers are believed to be members of Boko Haram, a hardline Islamic sect that wants to see a strict application of Sharia law across Nigeria.

Jewish settlers set fire to a mosque in the northern West Bank. They lit tyres inside the mosque in Al-Mughayyir village, some 12 miles northeast of Ramallah, which damaged prayer mats inside the building. They also spraypainted on the walls anti-Arab slogans and the words Alei Ayin, the name of a nearby settlement outpost which was demolished by Israeli police last week in an operation that sparked fierce clashes with the settlers.

At least 23 people have been killed and several more are still missing after seven days of heavy rain and flooding in Haiti. Most of the deaths have been in the country's capital city Port au Prince, as incessant rainfall flooded streets, toppled trees and swept away homes. 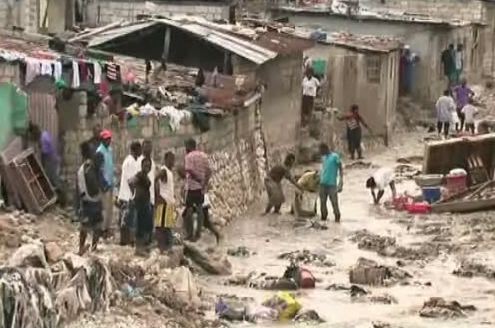 Flash floods triggered by heavy rains have killed at least 21 people and left 31 others missing while wreaking havoc in southwest China. About 45,000 residents in Guizhou province's Wangmo County have been evacuated. Another 3,000 people remain stranded across Wangmo County. The deluge has toppled 300 houses and left 2,400 submerged, while 5,500 hectares of farmland are under water. 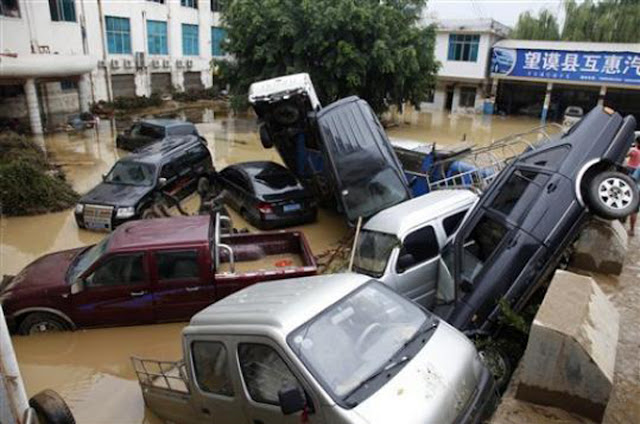 The future of hundreds of vulnerable and elderly people in south east Northumberland (England) is hanging in the balance. Southern Cross Healthcare, a firm operating 16 care home across the county, is facing debts of more than £200m and concerns have been raised about what that financial crisis will mean for residents currently living in its homes.

Eight men have been charged over allegations of grooming and committing sexual activity with teenage girls in Rochdale, Greater Manchester. The charges include rape, paying for sexual services of a child, trafficking a child and controlling child prostitution.