The current Dean of Liverpool, The Very Rev Justin Welby, has been appointed as the next Bishop of Durham.

From 1989 to 1992, Welby studied theology and trained for the priesthood at Cranmer Hall and St John's College, Durham (evangelical) before becoming a curate at Chilvers Coton with Astley (Nuneaton) from 1992 to 1995. He then became Rector of Southam and Vicar of Ufton from 1995 and 2002.

Welby has written widely on ethics and on finance, featuring in books such as Managing the Church?: Order and Organization in a Secular Age and Explorations in Financial Ethics. He also wrote a book entitled Can Companies Sin?: "Whether", "How" and "Who" in Company Accountability which was published by Grove Books in 1992.

Why does God hate me?

We are moving to Durham to get away from the Bishop of Newcastle.

Talk about jumping out of the frying pan and into the fire. 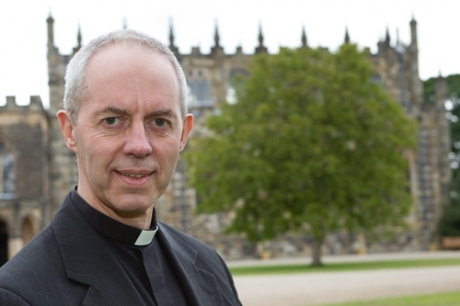