From THE ANGLICAN JOURNAL: 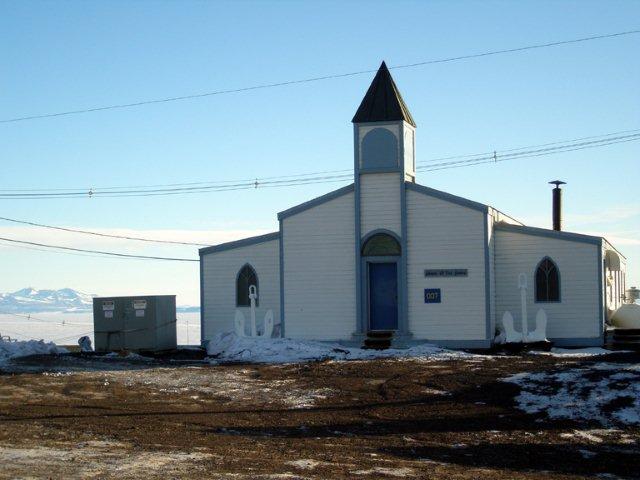 The Chapel of the Snows is the world’s southernmost dedicated religious building. The chapel is situated at a latitude of 77.880 south, 840 miles from the south pole. It’s part of McMurdo Station, a U.S. scientific research facility overlooking McMurdo Sound on the southern tip of Ross Island, Antarctica. The inter-faith chapel is staffed in summer by Protestant pastors and Roman Catholic priests.

Christians make up more than 70 per cent of the station’s summer population of about 1,000, which shrinks to 200 in winter.

COMMENT: Well, I could cover the winter period then. I think the Bishop of Newcastle would probably even bring himself to giving me a good reference for this job. Do you think they get cable broadband?