Syria's security forces have arrested hundreds of people arbitrarily since pro-democracy protests erupted a month ago and subjected them to torture and ill-treatment, a Human Rights Watch report said Friday. The forces, which include al-mukhabarat (secret police), also detained and tortured rights campaigners, writers and journalists who have reported or supported the protests against President Bashar al-Assad's rule. 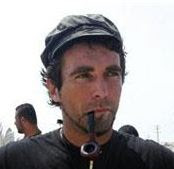 Hamas security officials say they have found the body of an Italian activist in an abandoned Gaza City house following his abduction by radical Palestinian militants. The Italian Foreign Ministry confirmed that the man was Vittorio Arrigoni, an Italian national who worked for a pro-Palestinian group called the International Solidarity Movement. In a video posted online Thursday, Arrigoni's abductors threatened to kill him unless Hamas freed members of the Jihadist group.

A suspected suicide bomber has attacked a mosque in Indonesia, killing himself and wounding 28 people. Most of the wounded are police officers, as the attack happened during Friday prayers at a mosque in a police compound in Cirebon, West Java. 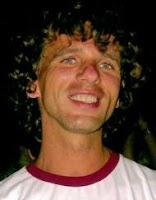 A British tourist was beaten to death by officers in a Dubai police station after being arrested for swearing. Lee Bradley Brown, 39, was on holiday at a £1,000-a-night hotel in the Arab state when he was thrown into a filthy cell. Police sources say he was ‘badly beaten up’ by a group of police officers, leaving him unconscious on the floor. Inmates told how they watched officers bundle him into a body-bag and drag him out of the building. During Mr Brown’s six days in Bur Dubai police station, guards refused to give him enough food and water and did not let him see a lawyer, it is alleged. 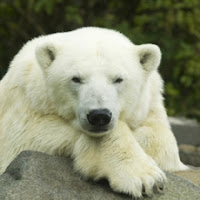 Mercedes the polar bear has been put down after suffering health problems, zoo keepers have said. The 30-year-old female bear, visited by millions at Edinburgh Zoo, had advanced osteoarthritis.

Jane Harley, the Highland Wildlife Park's local veterinary consultant, said: "This has been a difficult decision for everyone who has been involved with Mercedes, but is the right decision for a very special bear."

Posted by IT at GAY MARRIED CALIFORNIAN:

Delaware took a significant step toward equality Thursday when the house of representatives voted to legalize civil unions for same-sex couples. The proposal passed the senate last week and Gov. Jack Markell intends to sign the bill. 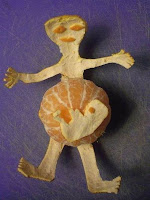 Posted by Shelly
at MAYBETHINKING:

It won't be long now!