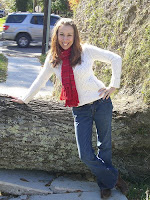 Posted by Diana at
THE KITCHEN DOOR:

I'm applying for an MDiv/CPE chaplain-training program, and my interview is Friday. I'm praying for discernment (mine and theirs) but mostly, I'm just praying that I notice the graces in the experience of applying. Will you pray with me? 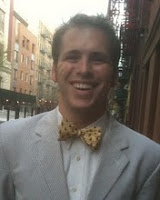 Last night I heard from Evangelical Education Society about my grant. My grant proposal was not approved. I'm disappointed. I've been saving all year for the trip. I haven't been relying on the grant to go, but it would've helped with some padding. I know that things will work out. I'm going to do work. That's the point. It started with wanting to go to Paris for the summer to do something fun and do some work with a church. Now that I have a plan and an objective, I'm going to work. There is work that the local leadership has said needs to be done, and they think that I can help get it going, so that's why I'm going.

Posted at WITH A SONG IN MY HEART:

Please keep Eric and all who love him in your prayers. He had to go to A&E last night and will be in hospital for at least a few days. 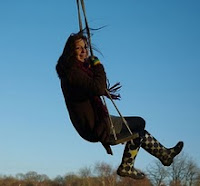 Today I am disappointed but I am not sure why. Gods will has been done and I thought I was prepared for that, so why do I feel crap? Basically I put myself forward for something, I stepped out, but I wasn't chosen. I knew there was a chance of this, quite a big chance actually, and I also wasn't anxious about this, I felt that Gods will would be done and I had peace about it all. But today I feel really disappointed. I find myself questioning my motives, questioning myself, questioning my choices. I find myself angry, at others and at myself. It's very strange. I wasn't prepared for this at all!

I think I know what it is that Red has been rejected from and, if I am right, it can be a devastating blow that lives with you for the rest of your life, as quite a few of you know too well from personal experience. So, please pray for our friend. She is strong and a down to earth sort. She will survive. But she will survive with less pain with the support of her friends.

Wellington de Oliveira, 24, killed 13 children and injured 20 more in yesterday's attack on Tasso de Oliveira elementary school in the Realengo suburb of Rio de Janeiro. He had told school officials who approached him that he was there to deliver a speech, and then opened fire on students with two pistols. Police officers sprinted to the school and exchanged fire with the gunman.He was hit in the leg, fell down and realising he was caught, shot himself in the head.

Oliveira left a rambling and mostly incoherent letter at the scene indicating he wanted to kill himself. The letter also explained in detail how Oliveira wanted his corpse to be cared for - bathed and wrapped in a white sheet that he left in a bag in the first room where he said he would start shooting. The letter also states that the gunman should not be touched by anyone who is 'impure' unless they wear gloves.

'If possible I want to be buried next to my mother. A follower of God must visit my grave at least once. He must pray before my grave and ask God to forgive me for what I have done,' read the letter.

The deputy mayor of western Rio, said the letter also stated the gunman had AIDS. 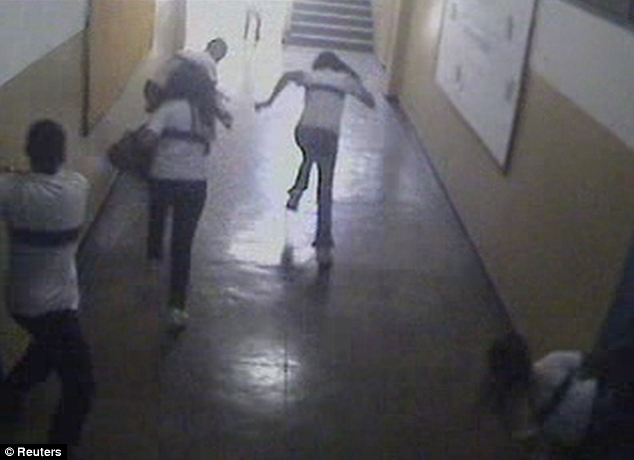 Surrounded, outnumbered and under repeated attacks, the Ivory Coast strongman Laurent Gbagbo has held out against all odds — and continued to do so on Friday — refusing to budge from the presidential residence in a last stand that has both befuddled and infuriated the international powers that are demanding his surrender.

Every day that he remains in the presidential residence in Abidjan — guarded by about 200 loyal fighters, protected in a luxurious basement redoubt that, according to one visitor, includes a grand ministerial meeting room and a well-stocked library — Mr. Gbagbo makes the country increasingly ungovernable for his rival, Alassane Ouattara, who said late Thursday that he would now blockade his enemy in his residence.

The Untied Nations High Commissioner for Human Rights in Geneva said on Friday that more than 100 bodies had been found in Ivory Coast in the past 24 hours, some of them burned alive, others tossed down a well. Ruper Colville, a spokesman for the agency, told The Associated Press that some of the murders appeared to have been carried out by Liberian mercenaries.

A candlelit vigil is being held for a boy who was found hanged at his Merseyside home. The body of Brendon Flynn, 13, a Royal Marine cadet from Huyton, was discovered by his family on Monday. Posts on the social networking site Facebook suggest Brendon had been bullied. Police said they were not investigating any such allegations.

The Reverend Malcolm Rogers said he hoped (the vigil) would help Brendon's friends express their grief.

"There's not many people in Huyton that didn't know Brendon, he was a very popular lad and we're hoping that the church will be full."

Syrian activists are preparing for a fresh wave of protests following Friday prayers despite a series of overtures by President Bashar Assad's regime to try and quell anti-government protests that have shaken his 11-year rule.

A top Afghan official confirmed on Wednesday that the country’s government had been in peace talks with the Taliban.

Asked if these were talks about talks, Mr. Stanekzai replied, “It is a step beyond that.”

The Irish workers who built the modern Croke Park stadium in Dublin could never have imagined that one of the 82,000 seats would one day be filled by the British Queen. Known affectionately as 'Croker', the huge arena is the home of Irish sport, and was also the scene of one of the darkest episodes in British-Irish history. Back in November 1920, on a Sunday afternoon, 14 people were shot dead by British security forces at a Gaelic football match between Dublin and Tipperary. It became known in Ireland as the original Bloody Sunday.

The Queen's presence at the stadium will show that in spite of the troubled history between the UK and Ireland, they now have mature, neighbourly relationship. Negotiations about a possible visit were initiated by former Irish President Mary Robinson and developed by the current President Mary McAleese.

It is not clear what exactly the Queen will do at Croke Park, but it is likely that she will be given a tour of the facilities, and then watch a demonstration game of gaelic football and hurling by schoolchildren. 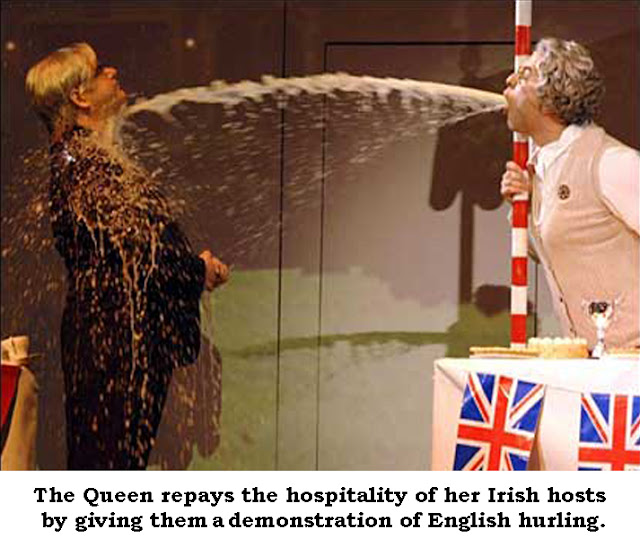