Archaeologists have unearthed the 5,000-year-old remains of what they believe may have been the world's oldest known gay caveman. The male body – said to date back to between 2900-2500BC – was discovered buried in a way normally reserved only for women of the Corded Ware culture in the Copper Age. The skeleton was found in a Prague suburb in the Czech Republic with its head pointing eastwards and surrounded by domestic jugs, rituals only previously seen in female graves.

"From history and ethnology, we know that people from this period took funeral rites very seriously so it is highly unlikely that this positioning was a mistake. Far more likely is that he was a man with a different sexual orientation, homosexual or transsexual," said lead archaeologist Kamila Remisova Vesinova.

Archeologists have uncovered an earlier case dating from the Mesolithic period where a female warrior was buried as a man. 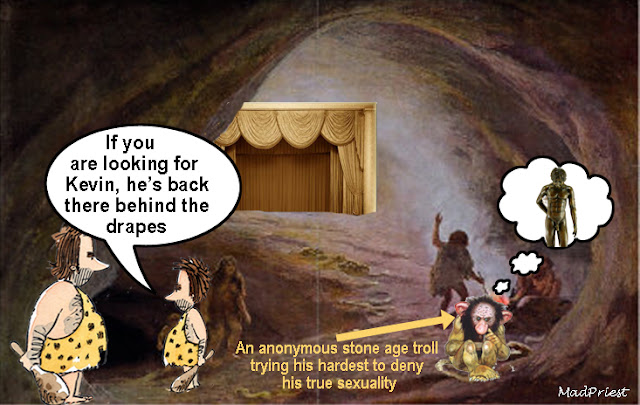