I ask prayers for Molly the WonderDog as she seems to be failing - but who knows. Her guardians would also appreciate prayers as we may face a period of mourning.

I have felt, for the better part of a month, like (in the clinical term) "crap". I saw the doctor yesterday (stated only as a check-up) and got some (needed!) meds. However, both are the sorts that need days to weeks to kick-in. And yes, I'm feeling that infamous head-med thing of "things look even bleaker" now that I've just started them.

It just may be my head, that tells me that there are "other things wrong w/ me." I'm HOPING in a few days, I'll be able to say "Head-Meds beat-down my hypochondria again!"

...but I'm also getting an ultrasound in a few days, in case there should be something internal amiss (I emphasize that there is NOT thought to be any sort of malignancy).

Oh, and my lower back hurts like hell, and I think (bothersome symptoms of) The Change may be starting to hit.

Anyway, sum it all up, and you get the clinical "cr@p".

I'd really love some prayers. Thanks!

A spokesman for the UN mission in Ivory Coast, Guillaume N'Gefa, told AFP that 330 people had been killed in Duekoue as Mr Ouattara's forces took over the town, most of them at the hands of the rebels. More than 100 more people were killed by Mr Gbagbo's troops before they left, he added. Mr N'Gefa said a UN team was still investigating and those figures were likely to rise.

The Fukushima Da-ichi reactor is still very much a major problem, and now there is significant leakage of water bearing radioactive iodine. From the New York Times:

"Experts estimate that about 7 tons an hour of radioactive water is escaping the pit. Safety officials have said that the water, which appears to be coming from the damaged No. 2 reactor at Fukushima Daiichi, contains one million Becquerels per liter of iodine 131, or about 10,000 times levels normally found in water at a nuclear facility."

Tokyo Electric Power Company will release almost 11,500 tons of water contaminated with low levels of radiation from the Fukushima Daiichi nuclear plant into the Pacific Ocean, as workers struggle to contain the increasing amounts of dangerous runoff resulting from efforts to cool the plant’s damaged reactors. The runoff is now threatening to swamp the generators powering the cooling systems at two of the six reactors just recently brought under control, threatening to reverse what little progress the company has made in resolving the world’s worst nuclear crisis in decades.

Police using live rounds and tear gas wounded hundreds of protesters marching on a presidential palace in Yemen's Red Sea city of Hudaida on Monday in a sign of fraying nerves as the weeks-old political crisis deepens.

Hundreds of Syrians chanted "freedom" as they gathered late Saturday in the Damascus suburb of Douma to receive protesters wounded when they confronted security forces the day before, a witness said.

Two Nato soldiers have been shot dead by a man wearing an Afghan border police uniform in Afghanistan's Faryab province. 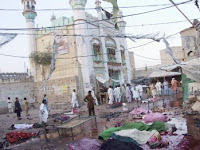 Suicide attackers have killed at least 41 people and wounded many more at a shrine in Pakistan.

The explosions struck near the Sakhi Sarwar shrine in Punjab, as Sufi Muslim devotees gathered for an annual three-day festival. Sufis, a minority Muslim group who follow mystical beliefs, are regarded as heretical by hardliners.

A Taliban fighter told reporters his group carried out the attack, the third on Sufi shrines in a year. 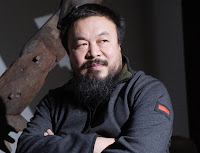 Ai Weiwei, one of China's most celebrated and internationally recognised artists, who designed the impressive Bird's Nest stadium for the Chinese capital's 2008 Olympic Games, has been detained in Beijing by police and has now been missing for 24 hours. His studio has been searched, computers have been confiscated and his assistants quizzed. He has long been an outspoken critic of the ruling Communist Party.

Catholic and Church of Ireland bishops in the north west have condemned the murder of police officer Ronan Kerr. The 25-year-old constable, who was Catholic, was killed when a booby-trapped bomb exploded beneath his car on Saturday morning. No group has admitted carrying out the attack but police believe dissident republicans are to blame.

Thusha Kamaleswaran has been in a coma for five days since being hit in the chest by a stray bullet. Thusha was with her mother, three-year-old sister and brother, 12, in the shop which is owned by her uncle, Vicknes Mahadevan, when two black teenagers ran in, apparently being chased by three youths on bicycles. Suddenly, a gunman outside began firing. Thusha was hit in the chest and shop assistant Mr Selvakumar was hit in the head. Mr Selvakumar is in a serious but stable condition.

Yesterday (Friday), Fort Bend ISD, near Houston, announced it was laying off 470 employees. 195 of those were certified teaching positions. March 25, Round Rock ISD, my home district, announced 280 employee layoffs, 234 of them probationary teachers. Those are generally new teachers in their first two years of employment. The district warned that the next round of layoffs will come from contracted employees. Austin ISD voted March 28 to eliminate 490 positions. Some are administration but most are teaching and support staff. Dallas ISD is looking at eliminating almost 3,000 positions, of which 1,300 will be teaching positions. This is a nightmare. And not one we as a state will soon wake from. 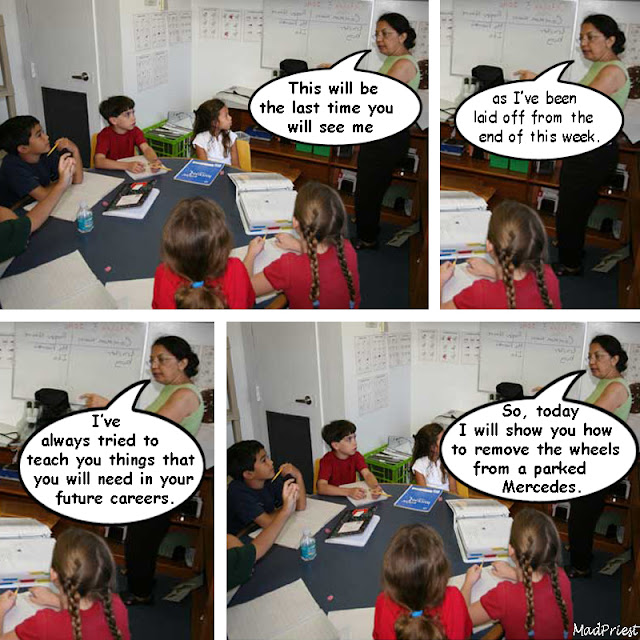 Posted by Sam at ELIZAPHANIAN (Saturday):

Joy of joys, my daughter is being baptised tomorrow morning, and I am just going to be playing the part of Dad.

At Sunday Evensong, BP had her first real thurifer solo. Evensong is shorter than Sunday Eucharist and is where the thurifers do their final polishing. She's on the list to do the procession at Palm Sunday. I think it is marvelous that her first full service is likely to be Easter.

UNITED KINGDOM: Multi-millionaire, Jonathan Ruffer, has bought a series of 17th century religious paintings from the Anglican church for 15 million pounds and has given them back so they can remain on public display and potentially boost art tourism in parts of the rundown northeast of England. Painted by Francisco de Zurbaran, a contemporary of Velazquez and El Greco, the representations of the Biblical patriarch Jacob and his sons have been kept at Auckland Castle at Durham since 1756. 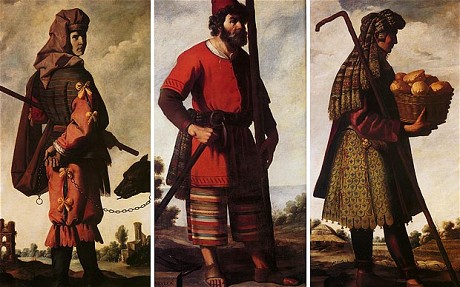