A weakening of faith in God, a rise in selfishness and a drop in the number of people going to Mass in many parts of the world can be traced to Masses that are not reverent and don't follow church rules, said two Vatican officials and a consultant.

"If we err by thinking we are the center of the liturgy, the Mass will lead to a loss of faith," said U.S. Cardinal Raymond L. Burke, head of the Vatican's supreme court.

Cardinal Burke and Spanish Cardinal Antonio Canizares Llovera, prefect of the Congregation for Divine Worship and the Sacraments, spoke March 2 at a book launch in Rome.

The book, published only in Italian, was written by Father Nicola Bux, who serves as a consultant to the congregations for the doctrine of the faith and for saints' causes and to the office in charge of papal liturgies.

The English translation of Father Bux's book title would be, "How to Go to Mass and Not Lose Your Faith."

Cardinal Burke told those gathered for the book presentation that he agreed with Father Bux that "liturgical abuses lead to serious damage to the faith of Catholics."

Unfortunately, he said, too many priests and bishops treat violations of liturgical norms as something that is unimportant when, in fact, they are "serious abuses." 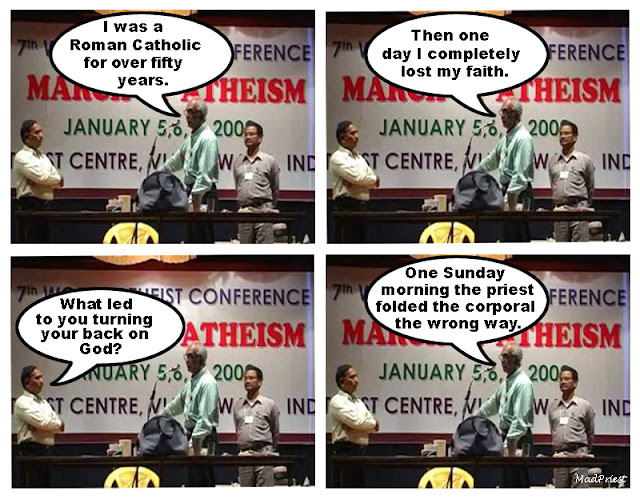 Thanks to Whiteycat who sent in this story.