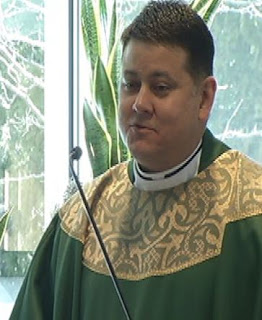 Chestnut Hill College, a private Catholic school in Philadelphia, says it has fired part-time professor, Rev. James St. George, after learning from a post on his blog that he has been in a same-sex relationship for a decade and a half.

College officials appeared surprised that St. George belonged to a branch of Catholicism not associated with the Vatican that has different views on gay issues. St. George leads St. Miriam Church in Blue Bell, which is affiliated with the Old Catholic Apostolic Church of America, which vows no discrimination on the basis of sexual orientation and performs commitment ceremonies for gays and lesbians.

Carol Jean Vale, president of Chestnut Hill College, said in a statement Friday night, that when St. George joined the faculty "he presented himself as Father St. George and openly wore a traditional Catholic priest's collar."

St. George denied that he had withheld anything from the college.

Jessica Murray, who was one of St. George's students, stated that she was appalled by the firing.

"All you have to do is Google him, you can see that he's openly gay," she said. "They can't claim they didn't know."

COMMENT: For those of you who may not know what a traditional Roman Catholic collar looks like, here is a photograph: 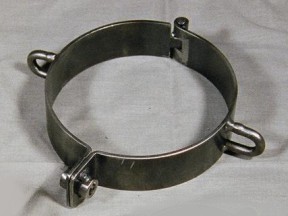 Thanks to Whiteycat for sending me the link to this story.