We continue to pray for the people of New Zealand, especially those directly affected by the earthquake. We pray for those at a distance who await news of loved ones. We pray for those searching for survivors and those taking care of the injured, the deceased, the bereaved and emotionally damaged. We pray for those administering the rescue and clear up operations and those whose job it will be to rebuild the city of Christchurch and the lives of its people. We thank God that our blogging friends and their families are safe. We thank God for the Internet which has allowed us the opportunity to move closer to being the one people God wants us to be. 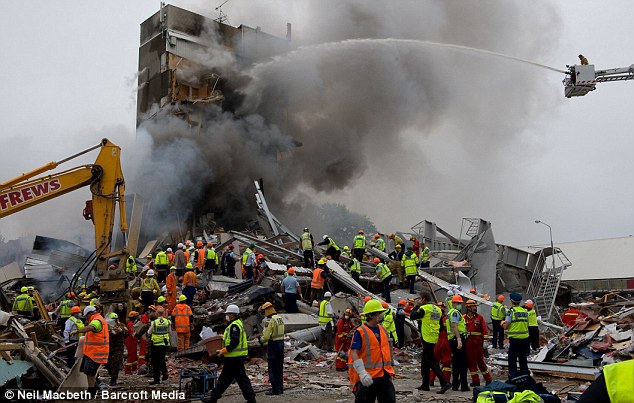 From REUTERS and SANTA MONICA PATCH:

Pirates shot dead four U.S. hostages on a private yacht on Tuesday, the deadliest incident involving Americans kidnapped for ransom in the increasingly dangerous waters off Somalia. The U.S. military said the pirates shot the hostages before American special forces boarded the vessel. The U.S. military said negotiations with the pirates had been under way when on Tuesday morning, without warning, a pirate fired a rocket-propelled grenade at the guided-missile destroyer USS Sterett. Then gunfire broke out inside the pirated vessel.

The Americans killed were Jean and Scott Adam, from California, as well as Phyllis Macay and Bob Riggle from Seattle.

In Seattle, people who knew Riggle, who was in his late 60s, said he was a retired veterinarian who had worked under contract for the Seattle Animal Shelter.

"He was a very nice, compassionate individual. He had a way with animals. He treated people with dignity and respect," said Dan Jordan, the director of the shelter.

Jean and Scott Adam were parishioners at St. Monica Catholic Church. Tuesday services at the church were devoted to their memory.

Monsignor Lloyd Torgerson said, at a special prayer service after mass, "They were an extraordinary part of our community. They loved St. Monica, and we loved them," Torgerson told the group. "Their work was an extraordinary work. They were missionaries in so many ways. At this time of their life, they were retired, yet they wanted to do more. They wanted to make a difference in this world. So they went out and brought the Word of God to people from all over different parts of this world, and they died doing this."

Libyan leader Muammar Gaddafi has ordered his security forces to sabotage oil facilities, Time magazine reported Wednesday, quoting a source close to Gaddafi. According to the report, the forces were ordered to start blowing up oil pipelines in order to cut off flows to ports in the Mediterranean.

A renewed call for Middle East-style democracy protests in China urged citizens to take strolls at specific locations on weekend afternoons and demanded authorities release activists apparently still in custody Wednesday. Only a handful of participants answered the initial calls for protests, which authorities met with a show of force last weekend. Because of China's pervasive Internet censorship, few people were likely to know about the campaign for ongoing rallies. Letters posted online by the unidentified organizers said sustained action will show the Chinese government that its people expect accountability and transparency absent from the current one-party system.

The Economic Community of West African States is holding planning meetings and “marshalling forces” to remove Ivory Coast leader Laurent Gbagbo from power if sanctions and talks fail to convince him to step down, said Kenyan Prime Minister Raila Odinga.

“If all these measures don’t result in a change of regime, force will be used,” Odinga told reporters today in Nairobi, the Kenyan capital. “As to when, I cannot say.”

About 1.6m children in the UK are living in severe poverty, Save the Children says. The charity, which found the highest levels of child poverty in Manchester and Tower Hamlets, in London, said the figure was a "national scandal". And it said more children would be tipped into poverty by public sector job losses and changes to benefits.

From THE CHRONICLE (Newcastle Upon Tyne):

An asylum seeker who overcame the odds to build a new life on Tyneside is facing deportation. Hundreds of supporters have joined together to ask the Government to show compassion to Leonie Mendo, who has lived in Newcastle for nearly three years.

The 29-year-old was fleeing her African homeland when she was lured into coming to the UK in January 2008 with promises of a better life. But when she arrived penniless and unable to speak English, she says she was forced into prostitution, locked up and raped repeatedly.

After escaping, Leonie, from Cameroon, claimed asylum. The claims she made were investigated by an immigration judge, who ruled against Leonie. Last month the mother-of-one was ordered to return to Cameroon with her daughter, who has never before left Tyneside.

Leonie has lived in Walker since May 2008, settling into life on Tyneside while she waited for immigration chiefs to decide her fate. Her daughter Stacey was born at Newcastle’s RVI in October 2008.

Leonie says she has been told she must first prove the nationality of the man who fathered her daughter before Stacey can be officially classed as a British citizen - an impossible task but one which could prove her daughter’s right to remain in her country of birth.

Leonie and her supporters are making a final appeal to the Government to grant her leave to remain on compassionate grounds.

Our friend, Paul Bagshaw, works for an asylum seekers' charity in Walker and is personally involved in this case. Please pray for Paul and his colleagues, as well as Leonie and Stacey. Paul blogs at NOT THE SAME STREAM. 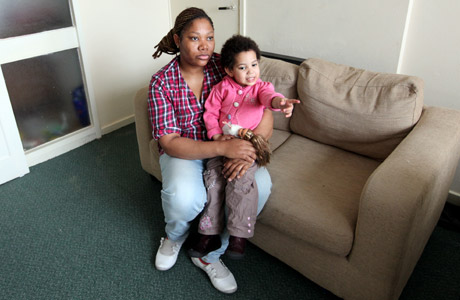 Please pray for Ormonde Plater (THROUGH THE DUST)

Feb. 23 I go into Ochsner for a catheter ablation to cure focal atrial tachycardia (rapid heart beat caused by a spot in one of my atria, which fires off odd electrical impulses). The doc will put a catheter up one of my arteries and into the right atrium, locate the pesky spot (if possible), and zap it out of existence. He assured me the procedure was “low risk”—only 1 % die. (Ormonde)

I woke up too early, tried to pray and couldn’t. So I wrote a thank-you letter instead:

I can’t possibly respond to everyone individually, even though I want to. Your e-mails, blog comments and Facebook posts have blown me completely away. Your love, grace, and perceptions amaze me. All I can possibly say is thank you. To each of you, to all of you, to everyone.

I asked you to tell me what I mean to you. You did. You tell me I am a light to you. You are and have been lights to me. And those who haven’t answered that specific request—I can feel your love, sense your prayers. I know how many arms embrace me; how many hands hold me up. And I know I couldn’t count them. I treasure my relationships with all of you.

Thank you all for the gifts you freely and lovingly give. I’m so glad I share the planet with you. Gratitude for you keeps me connected to God. I go in and out of that connection, but I need it more than breath. Thank you for showing me so much love.

I know my prognosis in academic, statistical terms, thanks I suppose to journal articles I found while searching for melanoma brain mets and radiation. I’ll talk to my oncologist on Friday. I needed to make sure I said this, and I don’t know how long I’ll have the ability to. Thank you. Thank you. Thank you.