A mourner must have felt his cheeks burning after his phone went off during a funeral. But when the ringtone that echoed round the church was Staying Alive by the Bee Gees, it is fair to say he wished the earth could have swallowed him up.

Now Reverend Martin Morgan from St Margaret’s Church in Rottingdean has urged parishioners to make sure earthly communications are switched off while their thoughts turn to heavenly matters.

“It took a while before people realised what the song was and then fortunately most people found it quite funny. The culprit looked very embarrassed. I think they probably looked in the other direction and tried to pretend it wasn’t them. That’s what people usually do.”

Thanks to Andrew for sending in this story. 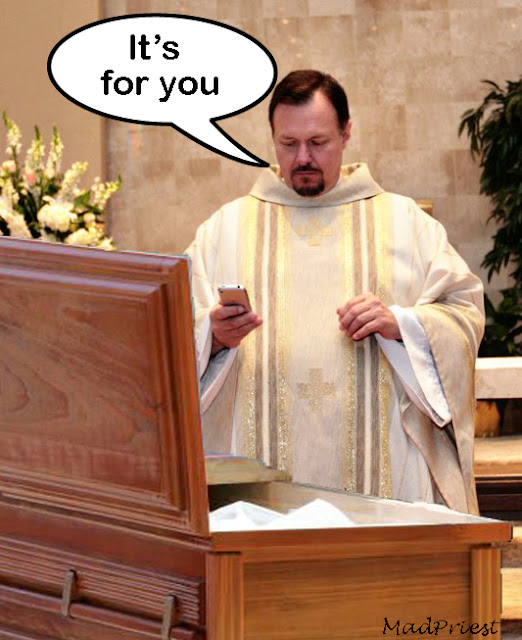