Lots of serious stuff to pray for today, but PLEASE do read the "Thanksgiving" item at the bottom of the list. Excellent news, in deed!

Also, I must ask those of you who include this list in your own regular prayers to please take the time to light a candle using the link provided, making sure you type "Laika" in the group box. We started off very well when the facility was first introduced but it has now got a bit embarrassing. I am worried that someone we are praying for will go through to the candle site and feel underwhelmed by our support. I would rather get rid of the candles than risk disappointing anybody.

Attacks by a renegade militia in south Sudan's oil state of Jonglei have killed at least 211 people, a southern minister said on Tuesday, doubling earlier estimates of the death count. South Sudan's army said forces loyal to George Athor, a former army officer who launched a revolt after losing in last year's elections, carried out attacks in Jonglei last week. Army and government officials told Reuters on Tuesday the scale of the carnage emerged after searches found bodies of women, children and other civilians still lying in remote areas.

Rising food prices pushed tens of millions of people into extreme poverty last year and are reaching "dangerous levels" in some countries, World Bank President Robert Zoellick said Tuesday as he released new data showing that the cost of grain and other staples is near a historic high. The costs of some key commodities such as wheat have doubled in the past year, and a World Bank index of overall food costs rose 15 percent from October through January.

The Dalai Lama's nephew has been killed after he was hit by a car on the side of a highway in Florida. He died during a 300-mile "Walk for Tibet," a charity walk to raise awareness of the Tibetan struggle for independence. The Florida Highway Patrol said that the 45-year-old was hit by a four-wheel drive at about 7:30pm local time on Monday on State Road A1A, which runs along the east coast. 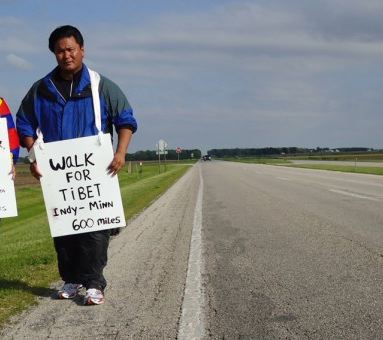 Dad had another fall last night. He is back in hospital again, having only been home less than a week. This is his third stay in hospital in a month. This time he has pneumonia as well. My poor mum is 85 and has been very stressed indeed, and witnessed all these falls. 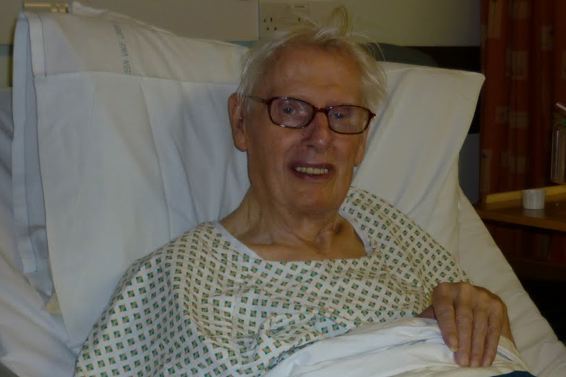 We interred my father's ashes in his family's plot under a Victorian angel statue that is dusted with lichen and worn by well over a century of rain, in a Roman Catholic cemetery about an hour away from where I grew up. He rests next to his grandparents, his great grandparents, his aunt, and his great-aunt.

The family spent the evening eating, drinking his favorite wine, and telling familiar stories of his 83 years, washing our grief with tears but also celebrating his life with our laughter.

During the run-up to Prop8, my Dad went to his Rotary Club and told his fellows, "You will oblige me by voting against this. My daughter is a lesbian and getting married." He was so pleased to show me his huge "No on Prop8" yard sign. And he walked me down the aisle with a huge grin, and we danced at my wedding.

I love you, Dad. Rest in peace.

UPDATE ON AILEEN AND MIKE

Aileen is still doing well in the same ways, however she had about a 45 minute procedure to put some type of filters to block the blood clots from moving up from her legs to the organs; heart, lungs, brain, ect. She does have quite a few more clots in both legs today so the doc thought it was necessary to get one put in as soon as possible. She did very well during the procedure. I'm proud of her.

I went to a demonstration today, to protect my uterus from those who want government to control it . . . but the Government-Control-of-My-Uterus crowd was out in force (and when I say "in force" . . . their side has a history of SHOOTING people on my side). They really terrify me, and they know it (they take your picture, announcing they'll post it. Will it go on their next "Wanted for Murder" poster?)

That's the mood I'm in . . . when I just learned that my FAVORITE TV reporter, Lara Logan of CBS, was RAPED in Tahrir Square last Friday.

I feel like, as an XX-person, I'm a target. All of us XX people are.

Posted by Father Dougal at DOUGALTHINK:

Regular readers of this rambling record may recall a post on the 29th of September regarding romance etc. Matters have progressed a little on this front. Yesterday I got down on one knee and she was daft enough to say Yes! So I am officially engaged and am much to my surprise a fiance. 🙂