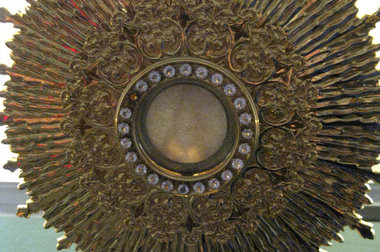 In what is called “Eucharist adoration,” a large wafer — unleavened bread — about 3 or 4 inches in diameter was blessed by a priest and set on a gold stand, called a luna, in the school chapel of at Jackson Catholic Middle School on Friday. During the day, as adult volunteers sat near it, a student claimed to see the image of Jesus on the wafer.

Dave Krajewski, a psychotherapist with Crossroads Psychotherapy in Jackson and a Catholic, said he got a call from a friend about 4 p.m. Friday. He went to JCMS, 915 Cooper St., and was among 10 or 20 people squeezed into the chapel to observe the wafer. The outline of the male figure, Krajewski said, was a red or orange vibrant color. He had long brown hair and looked like he was wearing a robe.

“I left the school not knowing if I had seen a miracle or not,” Krajewski said. “But I’m not ruling it out.”

The Rev. Cecilio Reyna of St. Mary Catholic Church, 120 E. Wesley St., wrote on his blog about being called and driving over to see the wafer.

“I did see what appeared to be the outline of a man's face with some bright spots toward the bottom of the luna. One of the spots where it was glowing,” he blogged.

“It reminded me of an image of Jesus taken from the Shroud of Turin. What is also interesting is the subtle rose colored tint in the area of the face, which is not visible anywhere else,” he added.

They are now waiting for Bishop Earl Boyea of the Lansing Catholic Diocese to visit. That is the beginning of a very long process to determine if this is actually declared a miracle by the Catholic church. 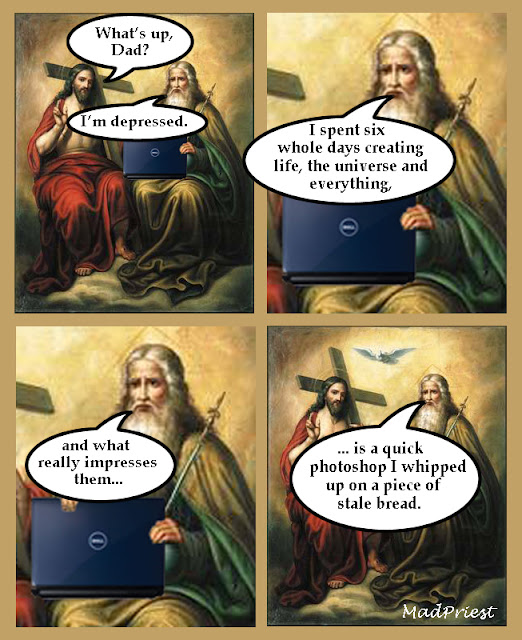