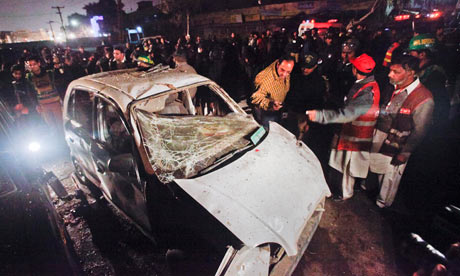 Suicide attacks targeting religious processions by minority Shias in Pakistan's two largest cities killed at least 15 people and injured 70 today (Tuesday). In Lahore a teenage bomber detonated his device after being challenged by police at the edge of the old city, killing at least 13 people. The police had been checking Shia marchers headed to a procession marking the end of the holy month of Muharram. The Punjab law minister, Rana Sanaullah, said the bomber was about 14.

Two people have been killed and several others injured in an explosion on a bus in the Philippine capital, Manila. Police said the blast was believed to have been caused by a bomb placed under a passenger seat in the middle of the bus. One official said the blast was so powerful it blew a hole in a nearby concrete fence.

Moscow is holding a day of mourning for the victims of an apparent suicide bombing at Domodedovo airport. TV channels and radio stations suspended entertainment programmes, while mourning services are being held in the capital's churches. Thirty-five people were killed and 110 were injured in the blast at the arrivals area on Monday.

CAIRO: Up to 200 protesters have been detained during clashes with thousands of Tunisia-inspired demonstrators demanding an end to President Hosni Mubarak's authoritarian rule. Two protesters were killed and some 250 wounded. 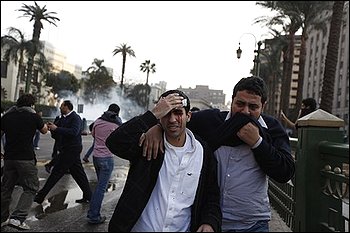 If you would all please pray (again) for my friend Cath (w/ the Stage 4 metastatic lung cancer).

She's having some special treatment (inc. surgery) on her liver lesion. Something not usually done in Stage 4, but her doctors think she may benefit from this process (starts tomorrow!).

Posted by kishnevi at HORSEMAN PASS BY:

In memoriam Alice Smith, second wife of Paul Smith (my father); may she find peace and he find comfort and strength, especially since this is the first time in his adult life he is living alone.

The last couple of weeks have not been a good start to the year. In the middle of my illness last week it became apparent that Miss Tilly, who shared my life for the last 10 years, and my sister’s life for 6 year’s before that was considerably more unwell than I was. Last Tuesday I had to take her to the vet for the last time and make the horrible decision that the time had come for her to be put to sleep.

Please do read Miss Tilly's full obituary written and posted by Kelvin, with much love, on his blog. 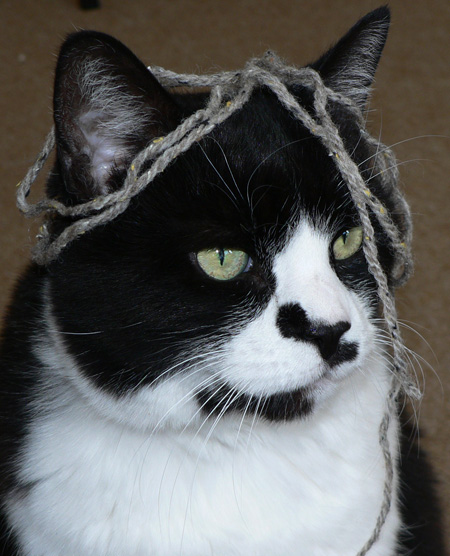 Thanks to you for the prayers - the bone scan was negative, no sign of metastases in any bones, so that's a good start. Next, scans using radio-isotopes to locate any tumors to see just where they are. That will determine the treatment, but either of the possibilities will keep me going for many years, so it is all good. I really do feel very much at peace with this at present, a great gift indeed.