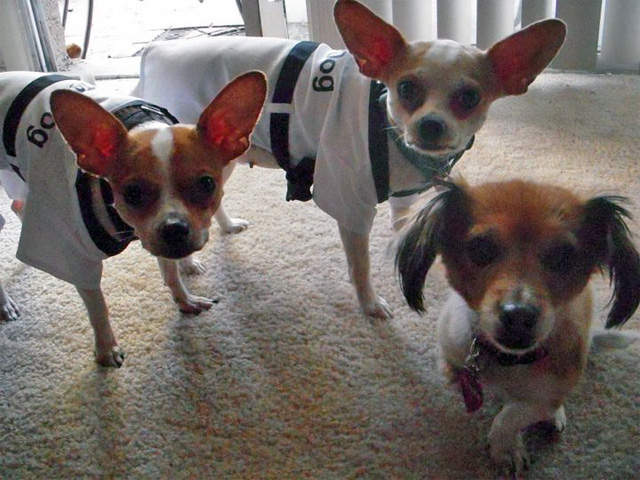 A friend of mine awakens each day with three cold noses and warm tongues poking and licking her face, followed by frantic yipping and yapping. She'll tell you it's the greatest way in the world to begin the day.

Bruce, Sugar, and Tripper are Chihuahuas and dachshund that own said noses and tongues. My friend went from zero to three dogs within months, and they bring smiles and joy to everyone they encounter. Two of them, however, have special stories.

Tripper is a female that was born with three legs, missing her right front one. The breeders she belonged to didn't think they were going to be able to make any money off of her, and were considering putting her down. Bruce was born the runt of the litter, extremely tiny and fragile. Chihuahuas are already small.

Know what, though? Tripper keeps up with the other two just fine, despite the missing leg. Bruce has grown up and has the energy of a greyhound. All are tremendous fun, and draw strangers when out in public while on walks or in the dog park.

They weren't defective. Someone cared enough to take a chance on them. On top of that, like most pets, they love humans unconditionally and are always happy to see and play with you. It's a shame the opposite isn't entirely true. How many great memories and experiences would have been missed if they had been put to sleep?

Our Trace is related, through shacking up, with
the human who lives with these little ones.