Supporting justice for the Darfur region of Sudan has become a well-known cause among churches, celebrities, and peace activists in general over the past decade. But this Sunday brings us to a huge milestone in the lives of the Sudanese people. Everyone should know about the referendum, Sunday January 9th regarding the secession of Southern Sudan from the North. Some say that - no matter how the vote goes - there will be terrible violence. We are praying that this is not so.

You can find out more about this situation HERE and HERE.

This is one of those times that only God can change things. Pray for the miracle of peace.

Five people have been killed and 10 others injured in a fire inside a Guatemalan passenger bus. Firefighter Carlos Hernandez told a local radio station that someone tossed a fire bomb at the bus in the capital, Guatemala City.

Street gangs have demanded protection money from bus drivers on the route in the past and killed drivers who refused to pay. Rights activists say 60 drivers were killed in 2010. 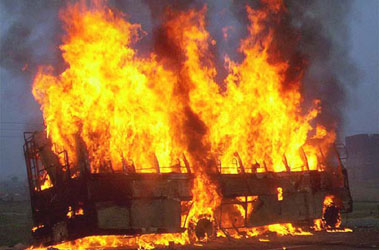 Thousands of angry rioters broke through police lines, pelting officers with rocks and bottles and beating them with makeshift wooden crosses in a third day of unrest set off by a bomb blast outside a church after a New Year’s Mass, which killed 21 and wounded about 100. The fighting broke out late Monday in the densely packed neighborhood of Shoubra, home to many of Cairo’s Christians, when a crowd of hundreds of angry protesters suddenly swelled into the thousands and surged through the winding streets. Eventually, the throng began battling with the police, who dropped their batons and shields to throw rocks and bottles back at the protesters.

Please continue to pray for the people of Australia, especially those living in the flooded regions.

Anyone who knows me well knows that what I really wanted for Christmas was a brand new back since mine is wrecked. The disk between my L5 and S1 vertebrae is severely degenerated which means at the age of 41 can’t stand for more than 20 minutes without being in pain.

I have had three root canals in as many months. This Tuesday I will have sinus surgery to drain all the infection and repair a deviated septum at the same time. They will be working in three sinuses on my right side. It is day surgery and Bill will be with me that day and night. The doctor will remove plastic stents when I see him ten days later. So I will be out of commission for the next two weeks. Your prayers are requested and appreciated.

Between this and holidays and too many doctor appointments paychecks have been slim and medical expenses high. I give thanks that I am insured and still employed and think of those who lack work and seek it, those without insurance, those who are homeless. Let us hold them in our hearts also and seek to make our social systems better.

Joe is also sick as a...well, very sick right now. Fever, cough, congestion, body aches. Being male, he stubbornly refuses to see a doctor to figure out what he's got. It's also very difficult to convince him to take any OTC cold preparations so he's at least a little more comfortable. I managed to convince him to take some ibuprofen to bring his fever down. So he needs all the prayer he can get.

At least he's drinking plenty of water to stay hydrated.

I would also like to add a prayer concern of my own. On New Year's day there was a fire in a mobile home that an extended family lived in. As a result, two boys, aged 5 and 6 died as well as their 73 year old grandfather. The parents and a brother escaped but with severe burns. All of three of the children went to the school that my kids attend.

Please pray for the healing; physical, emotional, and spiritual, that this family will be going through.

Yesterday was my last Sunday at All Saints, San Leandro as the sabbatical interim. I felt like it was a good and healthy farewell, which makes things so much easier. Not a lot of baggage after three months, of course, which helps. But still, it was long enough to make saying goodbye important.

Posted by Petty Witter
at PEN AND PAPER:

Petty Witter and Husband dearest (Themethatisme) are proud to show a photograph of their great-nephew born on the 29th of December 2010.

Meet the as yet unnamed member of our family who will move in in about 3 week's time. She currently lives next door and we only popped round to say hello to the new neighbour..... 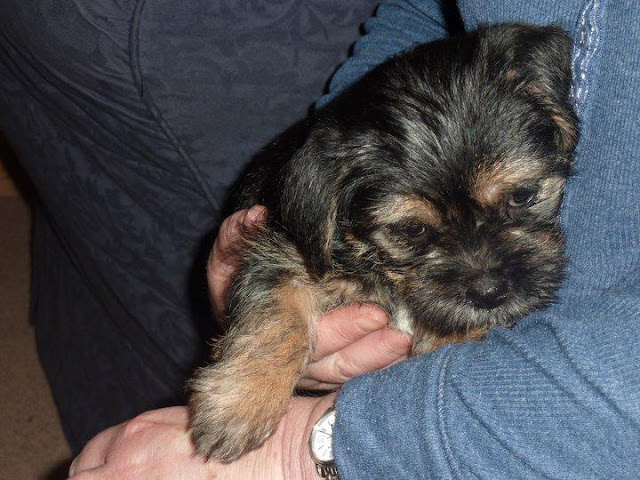 The Ugandan high court has banned all media outlets in the country from publishing lists identifying people they claim are gay after advocacy groups filed a lawsuit. The order after Rolling Stone, a local tabloid, published lists of people it said were gay, urging readers to report them to police. Monday's ruling applies to all media outlets in Uganda, not just the tabloid.

The court awarded damages of 1.5 million Ugandan shillings ($650) to the three groups that brought the case to court.

Kasha Jacqueline with Freedom and Roam Uganda, a lesbian support organization, called the ruling "overwhelming," saying it has brought the country's gay community together in solidarity. 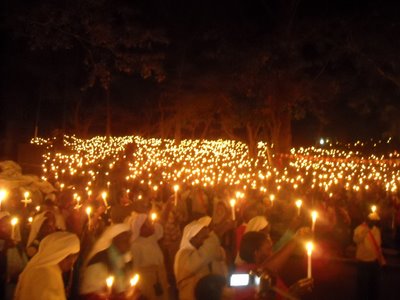