Supporters of one of the two rival presidents in Ivory Coast say they intend to take to the streets again, a day after gun battles in the main city of Abidjan left at least 20 dead. On Thursday Alassane Ouattara's backers tried to march on the headquarters of state TV, but clashed with troops loyal to his rival, Laurent Gbagbo. Each man claims to have won last month's presidential election.

The UN Security Council has expressed deep concern over the violence. It warned that all sides would be held accountable under international law for any attacks against civilians, as fears rose the country could slide back towards civil war. 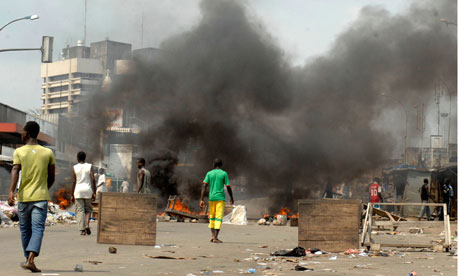 Japan, which shares a maritime border with China, said Beijing's military build-up was of global concern.

Japan will also strengthen its missile defences against the threat from a nuclear-armed North Korea. 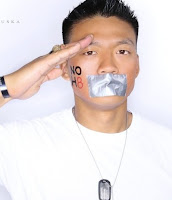 Dan Choi, who sacrificed his privacy to take on a high-profile role as one of the public faces of the impact of the discriminatory policy of Don't Ask, Don't Tell, has been hospitalized and is in the hands of professional mental health practitioners at a Veterans Administration facility. Dan explained in his email:

I did not initially want to publicize this but I now realize it is critical for our community to know several things: veterans gay or straight carry human burdens, Activists share similar burdens, no activist should be portrayed as super human, and the failures of government and national lobbying carry consequences far beyond the careers and reputations of corporate leaders, elected officials, High powered lobbyists, or political elites. They ruin lives. My breakdown was a result of a cumulative array of stressors but there is no doubt that the composite betrayals felt on Thursday, by elected leaders and gay organizations as well as many who have exploited my name for their marketing purposes have added to the result. I am certain my experience is not an isolated incident within the gay veteran community. At the same time, those who have been closest to me know that I truly appreciate their gracious help and mentorship. I am indebted to their hospitality and leadership.

DON'T FORGET to pray for Viv of the
ZEN AND THE ART OF TIGHTROPE WALKING
blog who is undergoing surgery today.

The following person was murdered in the metro area this week:

Please pray for the victim, his murderer, and their families.

David offers many for us to remember in prayer.

Just a quick note to let you know that dear Rosemary entered eternal life last evening. As tiny as she was physically, dear Rosemary was a giant in her passionate determination to beat her cancer so as to see her two sons make it to adulthood. I ask your prayers for Rosemary's husband David, their two sons, Rosemary's mother, two brothers and her sister. I would also ask your prayers for my baby sister Jenny, who for close to two years was Rosemary's chief ally in keeping things as normal as possible and getting her to treatments and appointments.

Jacques continues to be palliative, though there has been some slight rallying, just in time for my neice Marion and her daughter to make it back from the Gaspe

The latest from our Margaret is that Joel has been allowed home from hospital, though he is having real issues breathing

Dear, dear Paul needs prayers for operable health challenges on two fronts please and I'd ask your prayers this evening for a young girl of only six years old, flown down south after being gravely attacked by four sled dog in her settlement- the dear child is litterally fighting for her life.

I also ask your prayers for my sister, Shirley, who battles infections and celebrates her 79th birthday tomorrow. Also for her husband Jack.

I give thanks that my nephew Jay has managed to get off diabetes meds. 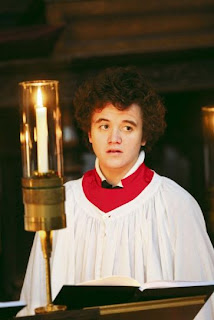 Alex Stobbs, hopes to defy his doctors to sing for the last time at the Festival of Nine Lessons and Carols in King’s College Chapel, Cambridge, on Christmas Eve. The twenty year old student has cystic fibrosis, and his condition is rapidly worsening. He featured in a Bafta-nominated Channel 4 documentary, A Boy Called Alex, in 2008, which earned him a worldwide following. He originally joined King’s College choir at the age of nine. He returned when he won a place at Cambridge University.

His health has worsened, however, since he rejoined the choir, and his lungs are now operating at 38 per cent of their capacity. To keep going, he has to take 50 pills each day, and have oxygen overnight.
Mr Stobbs has spent the past three weeks in hospital, but he ignored his doctors’ advice last week to take part in the TV recording of Carols from King’s, which will be broadcast on BBC2 on Christmas Eve at 6.45 p.m. He says he also hopes to sing again for the Festival of Nine Lessons and Carols, which is to be broadcast live at 3 p.m. on Christmas Eve on Radio 4 (repeated on Radio 3 on Christmas Day at 2 p.m.).

Mr Stobbs said this week: “My lungs certainly aren’t what they were, and it’s a struggle to sing, but I manage. This will be my last year singing in the choir, and I’ll be very sad to leave, as it’s such a wonderful institution.”

His condition has made him partially deaf, and he also suffers from brittle bones. He hopes to become a conductor when he graduates next year. 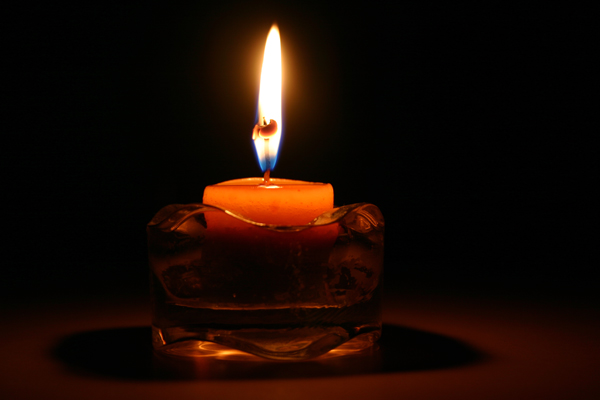