Basically there's a standoff going on between the new president, Ouattara, (recognized by the UN, other African leaders, France (which formerly colonized Cote d'Ivoire) and the US (and undoubtedly others)), and the old president, Gbagbo, who, helpfully for him, controls the military. Though Ouattara has rebel forces in the north and UN Peacekeepers guarding the hotel where he bases his operations.

Meanwhile, there are  shortages and some serious inflation; the price of beef is up 25% and potatoes 60%, according to the BBC.

The thing is, though I agree that Gbagbo should relinquish power, it's hard to see how that will happen without violence. Please continue your prayers. 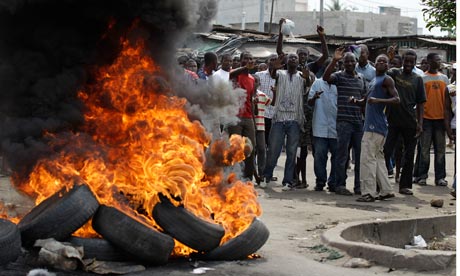 Thankfully I have not had to endure the agony of extracting two molars, including an impacted upper wisdom tooth with an abscess. The maxillofacial surgeon disagreed with his wife's interpretation of the panoramic x-ray and felt that what she thought was an abscess, was a shadow.

So he poked and prodded and has diagnosed acute inflammation of the TMJs (temporomandibular joint). As well as possible arthritis in the one which was damaged years ago when I was slugged three times in the mouth during a robbery in the USA. They took a mold of my teeth and made a mouth guard that I must wear day & night for awhile.

I also have a regimen to follow during use of the guard, including; a bland, soft diet, massage over the joints with analgesic cream, hot and cold packs and avoidance of pain medication. That last one has been the hardest, as at times I would have just rather had the kindness of shooting me in the head! (Damn, but if they did not hide my guns!) But I made it through from last Thursday and can report almost no pain at all today.

I still have a broken lower molar that will need a root canal, post and crown, plus an upper molar with a fractured filling that will need a minimum of replacing the filling, but perhaps also a root canal, post and crown. But they can wait a week or two. I am hoping that the impacted wisdom molar will not need extracting if it does not have an abscess, but I am taking an antibiotic to prepare for the root canal(s) and anything else that the future of my mouth may hold.

This was all a great relief to my family, and thank the Lord that they did not all pack up and come to Monterrey. That would have just added to the stress and distress that I was in by having them all here, with me the center of attention, and all of them fussing about me.

As it is, Alexa & Guiermo did get some late Fall peaches and black cherries and made me 2 liters of medicinal homemade ice cream. And Alex has been the loving nephew and was here all weekend to help with whatever I needed.

Thank you for your prayers and continued prayers. It is a grace-filled blessing to sense the prayers of the whole company of saints on one's behalf.

Please pray for the friends and family of Fr Bright Mankhaka and all those suffering oppression and fighting for justice and the gospel of Christ in Lake Malawi Diocese. May those men who use their positions of authority to hurt others be thwarted and replaced with people of good will.

Full details on my post
THE DEVIL ROWAN SLEEPS WITH.

December 7, 2010: Big meeting with the neurologist team today at 9. Get her MRI results back and am so nervous about it, my stomach is in knots. Keep wondering why they would call a meeting to go over it. They've never done that before. Does it mean bad news, good news or what??---Mike

December 8, 2010: Okay, there has been some speculation as to what's up with the second opinions and so forth and what's going on. Aileen's MRI results came back yesterday and no, the results were not good. The stroke areas are slightly more profuse and the hemorrhage in the back of her brain is still bleeding. RCRH doctors feel that she is right now as good as she will ever get with little or no hope for future gains in her abilities. She is able to communicate through hand squeezing. So we are looking for a second and perhaps a third opinion and will continue to pursue other avenues of treatment for her, including perhaps taking her to Denver to a specialized stroke and brain injury center. A recommendation of this nature has severely shaken my confidence in her doctors and will look at all other options. (Mike)

Posted by Mark at
ENOUGH ABOUT ME: AN AUTOBIOGRAPHY:

I don't think I'm going to make it through this year - I don't know why, but I don't.

I love you all. Remember.

And, if there's anything that can be made of what happened to me to advance the cause of improving other poor folks' lives, please do.

If I do, huzzah - I'm stronger than Atlas! If I don't, don't give up the fight. Fight harder. And do what you can for autistic folks (of which I'm pretty sure I am one) and don't let them be run over. 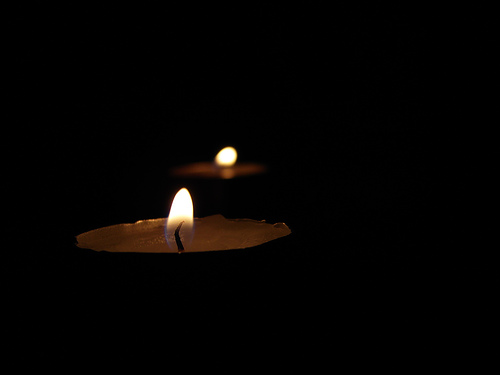