Today three judges of the 9th circuit will hear the appeal of the recent Prop8 decision, in which Federal District Court Judge Vaughn Walker declared Proposition 8 unconstitutional. Oral arguments will be held this morning at 10am. The arguments will be based on two issues.

First, given that the state of California is not appealing Judge Walker's decision (neither current nor incoming Attorney General, nor Governor, will appeal), does any other group have the right to appeal? This is the question of "standing". Prop8 supporters were given the right to intervene in the original case, but it's not clear that they suffer any harm that gives them the right to an appeal.

The second argument will be on the substance of Judge Walker's findings about equal protection and due process. These are irrelevant if the bad guys don't have standing.

Posted at BETWEEN THE LINES:

Easter Island, Rapa Nui, seems almost legendary and untouchable to us here, being far distant and with a mysterious history. So it ought to shock us to find that the indigenous people of even this remote UNESCO World Heritage Centre are under attack. In this instance, from the Chilean government.

The Rapa Nui people have been reduced to less than half of the island’s population now. Chileans have taken over their land without compensation and built over parts of it. The Rapa Nui have good reason to fear that the government wants to turn their land and their heritage into a theme park for its own profit. So now that people are standing up and peacefully protesting, the Chilean state has sent in military forces to attack them.

And what is the UN doing? What of human rights and international law?

The media just carry on ignoring these issues as ever.

Posted by Charlotte at THEATRICAL MILESTONES:

Yesterday after lunch, I was putting Little Miss Kickboxer down for her nap. I opened the door to her room go back downstairs and I saw this guy looking at me from across the hallway. From inside our bedroom. I stood maybe one or two seconds trying to figure out whether he could maybe have been stepdaughter's boyfriend, but heck, no, not with those shorts, and certainly not with the shirt he was wearing.

"Hello?" I said/ He pulled down his hood and stomped right past me, out of our bedroom, down the stairs, and out the front door, straight to a running car in which his buddy was waiting to make a quick getaway. How do I know? Because I followed him out. And saw the driver of said car look straight at me.

Then I realized what had just happened. A stranger had been in my house while I was putting my daughter to sleep. A stranger. A big, tall guy who could have easily taken me out or raped me and killed my daughter - or worse. Instead, he chose to just rifle through my purse and grab my wallet. And leave when I interrupted him as he was looking for more cash.

Then I started shaking like a leaf, so much so my fingers hardly made it from the 9 to the 1 on my tiny cellphone keypad. Here I was, on this the First of Advent, a sunshiny early Sunday afternoon, in a gated community in the zit on the behind of California, and obviously not safe.

I know I will never ever feel safe again in this house. Nor in this town.

Posted by colkoch at ENLIGHTENED CATHOLICISM:

I've had a very busy week and must apologize for not updating the blog. I started a full time job, something I haven't engaged in for quite awhile, and that has been an adjustment. I've also been working on another project which will culminate in a series of workshops, the first of which is this afternoon. All in all this week has been something of a shock to my system and usual mode of existence. Hopefully I'll get adjusted and get back to a more consistent schedule.

My friend Steve's niece Katie is scheduled for very delicate brain surgery to remove a bone spur on Wednesday morning at the Mayo Clinics. This is critical for her future health. Please keep her in your prayers.

My friend Kathy has had multiple tooth problems. I have my root canal (second in three months) today. Mercifully the swelling has gone down over the last week and the endodontist's recommendation of ibuprofen and acetaminophen has kept me out of pain so well I have felt wonderfully alive for several days now. I will probably be rather tender for the next few days though. Prayers for all of us to have happy, healthy mouths again.

Could I add my own prayer request please? I just heard that my brother's partner who is due to give birth to their first child next week, packed up and left with her 4 year old daughter a couple of days ago. She's going back tonight to talk to him. This could go many ways and they need prayers. Thanks

hi Jonathan - just to let you know when I got home tonight the little birdie seemed all right (thankfully). She wanted to stay in the small cage though (it is the cage they sleep in overnight, so, where they rest and get peace and quiet). Many many thanks once again for posting,

After you posted (about my problems at work yesterday), my enrollment in Philosophy of Religion shot up from an anemic 15 to a nearly respectable 21. (We need 25 to be entirely out of danger.) Coincidence? I think not. 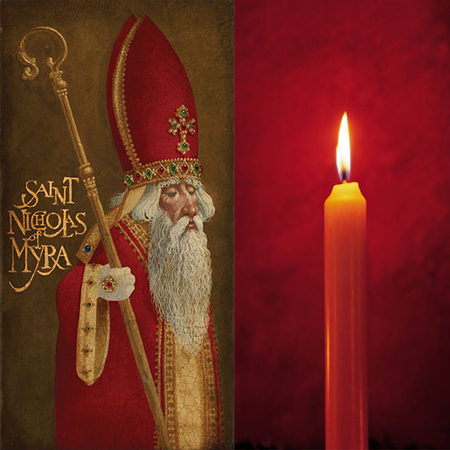