Pope Benedict is in the top five of Forbes Magazine's list of "The World's Most Powerful People", and is the highest ranked religious figure on the list of 68. He came in fifth, after Chinese President Hu Jintao, US President Barack Obama, Saudi Arabia's King Abdullah and Russia's Vladimir Putin.

COMMENT: I've checked the list and I can't fins our KJ anywhere on it. So it's obviously a crap "Most powerful people in the world list." I wouldn't take any notice of it if I were you. 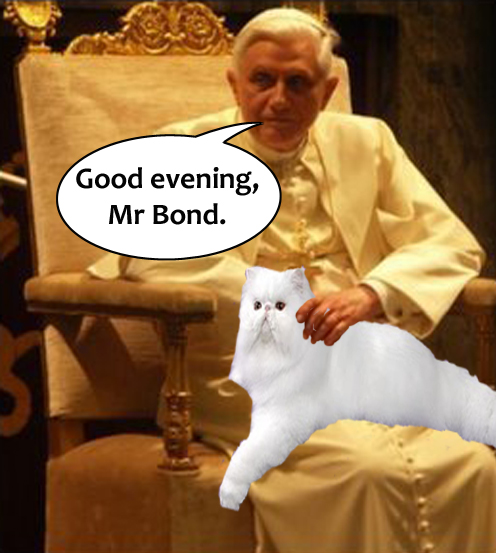