On Saturday morning, in the village of Burin, south of Nablus, a group of Israeli settlers assualted Palestinian farmers during the olive harvest. Eyewitnesses reported that around 15 settlers set off from one of the outposts, attacked Palestinian olive pickers in a field next to houses in the village and hurled stones.

Ghassan Douglas,a Palestinian official in charge of monitoring Israeli setter and settlement issues in the Northern West Bank, said that settlers stoned houses and people, and continued until a large group of villagers stood together to demand that the stoning end.

Douglas added that settlers also chopped down a number of olive trees during the attack.

Israeli settlers carry out almost daily attacks against the villages south of Nablus, particularly during the olive harvesting season, which is the most essential time of year for Palestinian farmers. A few days before this incident, Israeli settlers destroyed olive groves in the town of al-Huwwara and in the village of Yanoun, near Nablus. 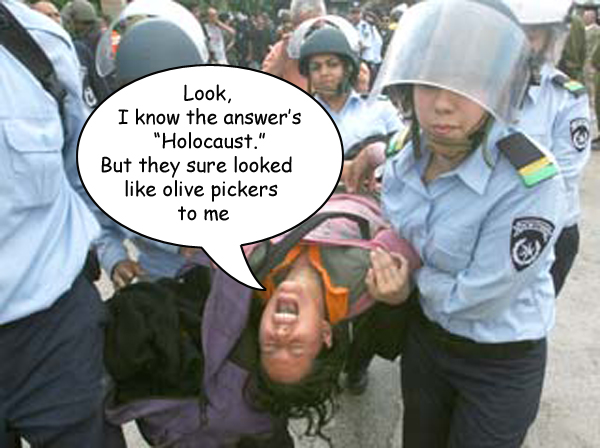