From THE BBC (Birmingham):

A plan to help fund the Papal visit to the UK by selling 20,000 football shirts has failed to hit its target, with only 520 of the £18 shirts sold. Instead of £50,000 being given to the Catholic Church only £1,200 was raised. Thousands of left-over shirts will now be rebranded and sold for Pope Benedict's forthcoming visit to Spain. Paul Sullivan, from shirt suppliers Club and Country, said apathy hit sales badly. 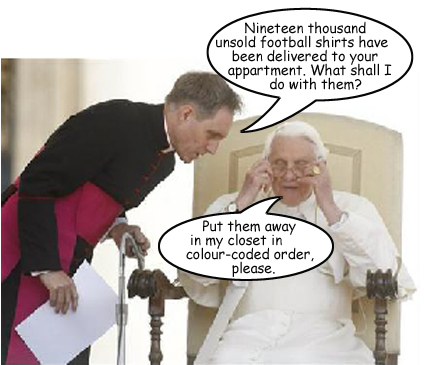