Bishop Eddie Long, the pastor of a megachurch in suburban Atlanta, is being sued by three male church members who allege that he coerced them into sexual relationships. The three, now in their 20s, say Long used jewelry, cars, cash and his authority as pastor of New Birth Missionary Baptist Church to lure them into the relationships when they were 17 and 18. They claim in their lawsuits, filed Tuesday and Wednesday in DeKalb County, Ga., that Long "has a pattern and practice of singling out a select group of young male church members . . . to engage in sexual relationships."

(In the past) Long has called for a national ban on same-sex marriage. In 2004, he led a march with Bernice King to her father's Atlanta grave to support a national constitutional amendment to protect marriage "between one man and one woman."

He "adamantly denies" the claims, saying they are "without merit." 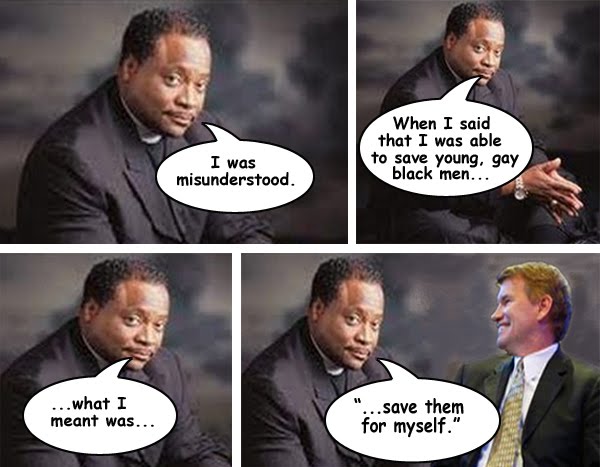 CAPTION COMPETITION AND
MADPRIEST'S THOUGHT FOR THE DAY 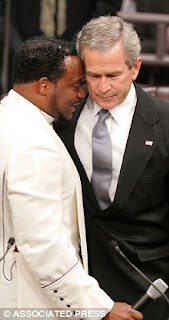 If you spend your
life swimming in
Da Nile, eventually you will get bitten
by da crocodiles.

Today's caption competition
is a gift. I am sure you lot
will have plenty of good suggestions for this one.