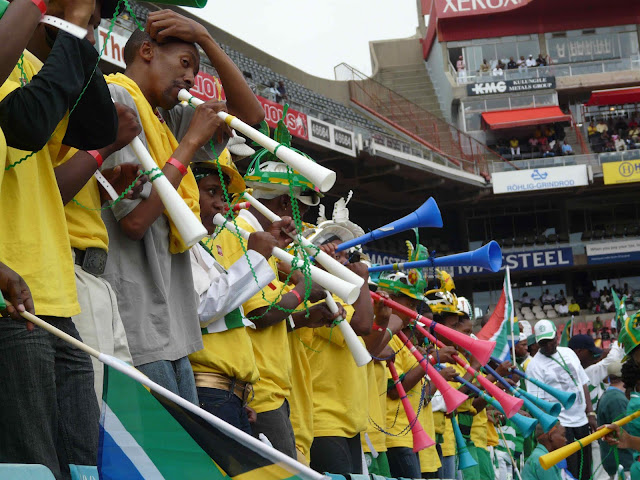 Although himself an avid football fan, the Most Rev Vincent Nichols, the head of the Roman Catholic Church in England and Wales, is worried that the forthcoming Papal visit could be marred by vuvuzelas.

"I have had enough of them already," says the Archbishop of Westminster. "I hope they stay in South Africa. Personally, I think the football would be more enjoyable without this constant cacophony."

He is concerned that some people have got into the habit of using the plastic horns during the World Cup in South Africa and might not be able to resist using them when Pope Benedict XVI, pictured, addresses crowds in Britain. 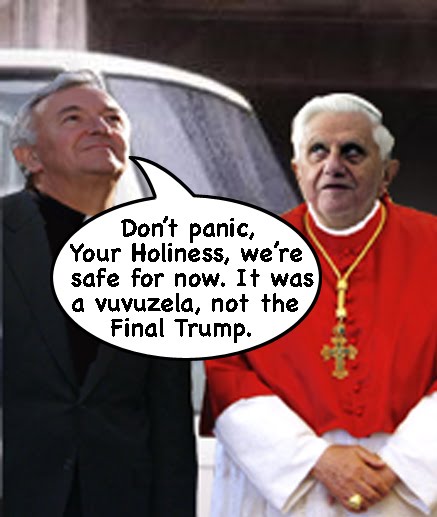