In the fierce closing debate over health care reform, the United States Conference of Catholic Bishops charged that the legislation didn’t do enough to restrict insurance coverage of abortions. Many Catholic nuns and the Catholic Health Association of the United States, which represents hundreds of Catholic hospitals, looked at the same bill and concluded that it would have no effect on abortion financing. They signed a letter urging its passage, saying the reform was “life-affirming” and consistent with Catholic values. 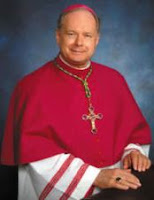 Now one bishop is punishing the nuns who supported reform. Bishop Lawrence E. Brandt of Greensburg, Pa., has decreed that “any religious community” that signed the letter would be forbidden to use the diocese’s offices, parishes or newspaper to promote programs that encourage young people to consider the religious life.

That was precisely what the Sisters of St. Joseph of Baden, Pa., whose leadership team signed the letter, were asking Bishop Brandt’s parishes to help promote. Many of the sisters — who specialize in health care, social services and education — work in hospitals, hospices and nursing homes as administrators, nurses and therapists. In an age of declining vocations, they are trying to encourage young women to join their ranks.

Bishop Brandt accuses the nuns of taking “a public stance in opposition to the church’s teaching on human life.” The nuns did not challenge the church’s doctrine of life from conception to natural death. They saw the bill as a powerfully positive step, because it provided health insurance to millions of people without it, and hundreds of millions of dollars for the care of pregnant women.

The Sisters of St. Joseph of Baden showed courage and compassion when they spoke out for reform. It makes no sense at all to try to punish them or thwart their efforts to find new sisters who would care for the sick and dying and lead exemplary Catholic lives. 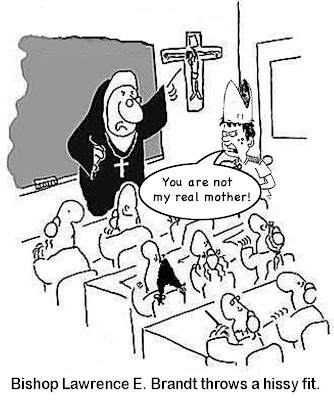 Thanks to Dah•veed for sending
this story in to MadPriest Towers.