A church billboard decried as offensive, insensitive and blasphemous has been cleared by an advertising watchdog.

St Matthew in the City Anglican Church put up the hoarding in Auckland just before Christmas showing Mary and Joseph in bed with the caption "Poor Joseph, God is a hard act to follow". It drew international attention and was vandalised three times before it was taken down. Complaints made to the Advertising Standards Authority included that the billboard used sexual innuendo to promote the church's commercial and corporate objectives and was inappropriate for children.

The authority declined to uphold the complaints, saying the imagery was relatively innocuous. 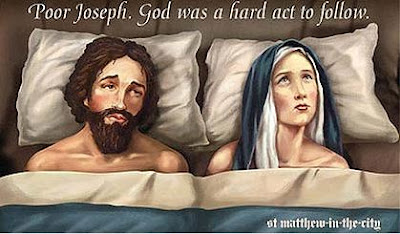