The following is part of RC Archbishop Charles "Kaput" Chaput's response to democracy at work in the USA. It doesn't half remind me of a certain other archbishop's typical response when "the people" don't do as they are told.

But the actions of the Catholic Health Association (CHA) in providing a deliberate public counter-message to the bishops were both surprising and profoundly disappointing; and also genuinely damaging. In the crucial final days of debate on health-care legislation, CHA lobbyists worked directly against the efforts of the American bishops in their approach to members of Congress. The bad law we now likely face, we owe in part to the efforts of the Catholic Health Association and similar “Catholic” organizations.

There you have it. Archbishop Charlie Hissifit has spoken.
I hope you are all feel really ashamed of yourselves. 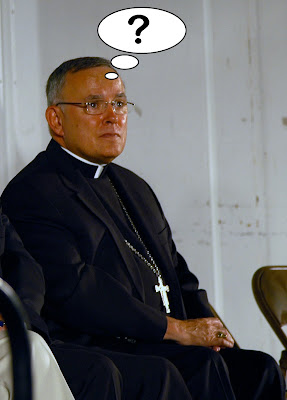