I do not need this. Just as OCICBW...'s BABELICIOUS BISHOPS campaign was to gain official backing from the international, ecumenical conference of influential primates, The Bishops' Organisation Of Babeliciousness (BOOB), this happens: 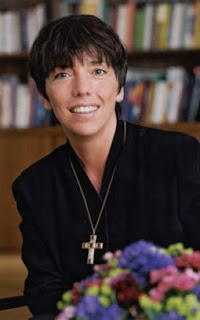 Bishop Margot Käßmann, the head of Germany’s Protestant churches, resigned on Wednesday after being caught driving drunk over the weekend.

Käßmann said she no longer had the moral authority to comment on issues such as the war in Afghanistan, which she has sharply criticised.

“On Saturday I made a serious mistake that I deeply regret,” she said at press conference in Hannover.

“But I cannot overlook that fact that my office has been damaged and my heart tells me very clearly I can’t stay in office with the necessary authority.”

Käßmann said she would step down from all positions effective immediately aside from her job as pastor of a congregation in Hannover.

Because of this woman's foolish action the world now faces many more years of ugly bishops. The sister has let us down big time.

OCICBW... has not had to face such embarrassment and loss of face since research proved conclusively that some gay couples end up getting divorced just like straight couples.