For more than three and a half centuries, the death of René Descartes one winter's day in Stockholm has been attributed to the ravages of pneumonia on a body unused to the Scandinavian chill. But in a book released after years spent combing the archives of Paris and the Swedish capital, one Cartesian expert has a more sinister theory about how the French philosopher came to his end. According to Theodor Ebert, an academic at the University of Erlangen, Descartes died not through natural causes but from an arsenic-laced communion wafer given to him by a Catholic priest. 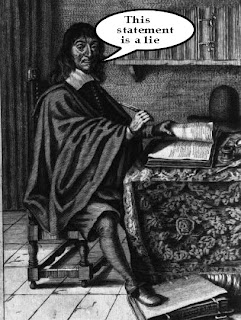 Ebert believes that Jacques Viogué, a missionary working in Stockholm, administered the poison because he feared Descartes's radical theological ideas would derail an expected conversion to Catholicism by the monarch of protestant Sweden. "It is very likely that he saw in Descartes an obstacle to the Queen's conversion to the Catholic faith," Ebert told Le Nouvel Observateur newspaper.