High profile Centre Party member of parliament Fredrick Federley passed the buck to Ursula, his transvestite alter ego, when put on the spot for accepting an all expenses paid trip to Gran Canaria.

The politician told newspaper Aftonbladet that his trip in early January was sponsored by around ten different companies, including budget airline Norwegian. Pressed by the newspaper on why he had accepted the paid trip, despite claims that he generally refused offers from the airline industry, Federley replied: "Well, this was pretty much tied to my drag personality, Ursula. It's not me as a member of parliament doing this; it's more a case of me travelling as my drag personality. Sometimes I get asked if I want to do something extra that has nothing at all to do with my parliamentary work. If it doesn't clash with the job, I'll take on a commission. And like anybody else I'll ask to be paid for it."

Federley explained that the purpose of the trip was to prepare travel tips for people intending to travel to the Spanish island's annual drag queen carnival.

Though apparently baffled by media interest in his extra-curricular activities, the MP was sure to maintain his keen business instinct.

"Maybe this will mean more publicity for Ursula, which in turn will lead to more work," he said. 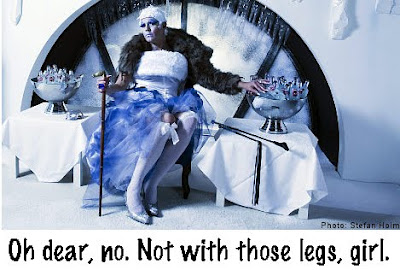