Dr John Sentamu has echoed Pope Benedict XVI’s criticism of the Equality Bill this week as an "unjust" restriction on religious freedom. He said that a clause attempting to define religious workers – in order to exempt them from the anti-discrimination law – would have caused serious problems for churches had it not been removed in the House of Lords, by making it impossible for them to demand that new employees were Christian.

“That is, an attempt to remove religion from public life. And in the process, tolerance, which is supposed to be the tool to help us deal with difference and disagreement has instead, become a negative virtue – a means of diminishment and marginalisation.

Today, many people imagine we are living in an increasingly secular age. At the same time, the Church has taken something of a battering from critics. Some of these are uncomfortable about the church’s role in the public square, preferring to relegate it to the private sphere. These are the people who would prefer we didn’t talk about ‘Church’ schools and instead talked about ‘faith’ schools where all faiths could be conveniently blended together and kept in a safe place – a process of ghetto-ization at work in a ferocious and insidious way. They are not all hostile to religions in general or the Christian religion in particular. They simply don’t want it in the public square.

“Tolerance has become a restricting quality – a grudging ‘putting up - with’ rather that a positive means of building a caring, peaceful society. The problem with this is that it does not give us the means of voicing and dealing constructively with differences. We give people private space but do not encourage public discussion and debate on key areas which are seen as ‘difficult’ such as religion, immigration, the optimum funding for public services. In consequence, these areas of difference are thrust into the margins where they do not go away but instead, tend to fester.”

I have posted the full speech on the FOOTNOTES page. 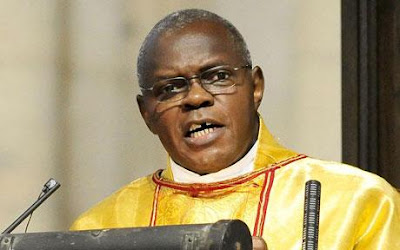